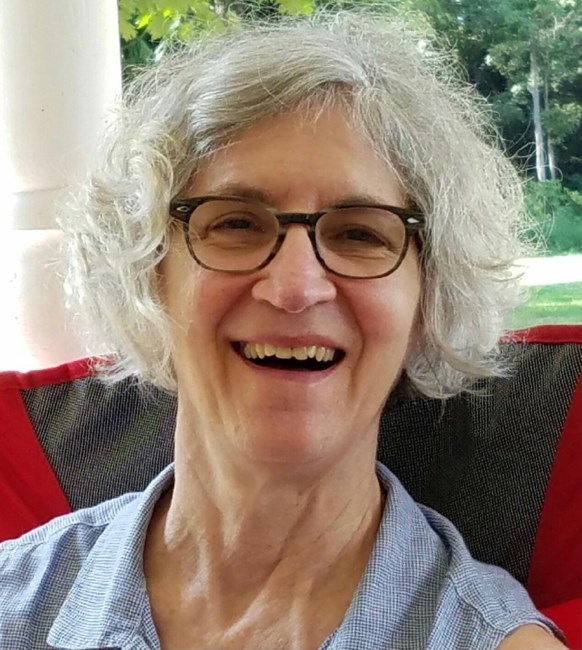 Martha Jane Menk, 71, of Richmond Virginia, passed away peacefully on Wednesday, August 3, 2022 after a prolonged battle with Parkinson’s disease. Martha is preceded in death by her parents, Donald and Dorothy from Poland, Ohio and her eldest brother Donald Jr (Martha) of New Springfield, Ohio. She is survived by her husband of 33 years, Gary Janak and son Isaac (Carrie); and her two granddaughters, Evelyn and Lucille, who are a continuous source of joy. She is also survived by her brother, Bruce (Martha) of Costa Mesa, California; and several nieces, nephews, cousins and brother and sister in-laws. Martha received her Bachelor of Arts from Mary Washington College and Master of Art from Goddard College. She continued her studies at the Virginia Museum of Fine Arts, and the Hand Workshop Art Center in Richmond. Martha was passionate about her art, pursuing multiple mediums. Martha’s passion drove her to inspire others through teaching including in Hanover County schools, the Children’s Museum of Richmond, and Seven Hills School, Richmond, Va. She loved the mountains and oceans, and the family made several trips to both. She belonged to the Potomac Appalachian Trail Club and maintained two cabins for years. She also photographed scenery to take home and incorporate into her paintings and monotypes. A crowning achievement for Martha was being the spark that created Seven Hills School, an independent middle school for boys in Richmond. In 1990, shortly after her son was born, Martha wrote in her journal, “New thought: In considering choices for work, I think about the possibilities of opening a private school and the opportunity it would provide to be constantly involved and mindful of the principles I want my son to learn… I believe the process of setting up a school would certainly help me to achieve clarity of thinking on what values and objectives I/we feel are most important to Isaac’s education as a whole individual.” Ten years later Martha gathered like-minded moms and discussed the possibility of creating the school. A steering committee was quickly formed, and exceptional leaders came forward to allow the school to open its doors in the fall of 2001. Seven Hills is flourishing and will start its 21st year this fall. Martha was a member of Richmond Friends Meeting for over 30 years, during which she taught Sunday school and was a member of the Quaker quilting group. A memorial service will be held at Richmond Friends Meeting, 4500 Kensington Avenue on Saturday August 27 at 3:00 PM. Martha’s ashes will be spread near her favorite mountain cabin and the Poland Cemetery in Ohio. In lieu of flowers friends are asked to donate to Seven Hills School or the Michael J. Fox Parkinson’s Foundation.
VER MÁS VER MENOS