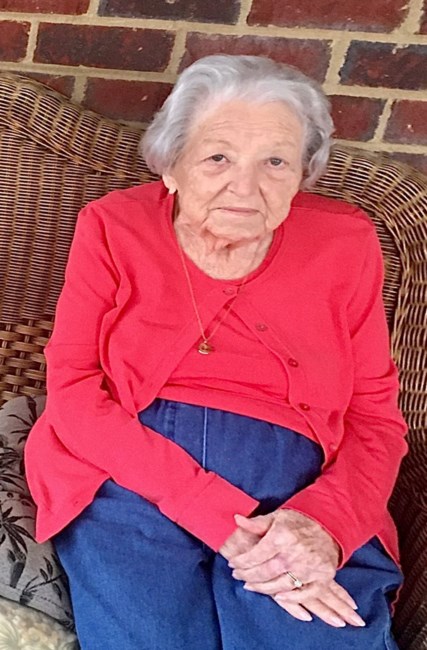 Kitty was born Nov. 7th, 1924 in Versailles, Ky to Stephen Anderson Carr and Loise Welch. She graduated from Murphy in 1942. After graduation she worked in the office at Kresses where she meet her late husband James A Barganier in the public elevator. They married on May 15th, 1947, and had one son, Michael L Barganier. She later worked as a Dental Assistant, a teller at American National Bank and sold real estate. Kitty was preceded in death by her parents and her husband in 1995. She is also preceded in death by her sisters Estelle Chisholm(Omar) and Francis Clements (Donald). She is survived by her son, three grandchildren, Michael, Kimberly and James (Lori), and six great grandchildren along with many nieces and nephews. A graveside service is planned for Tuesday, Dec 14th at 10:30 at Pinecrest Cementary on Dauphin Island Parkway. A special thanks to her caregivers Lisa Crum and Barbara Amderson also thanks to the Doctors and staff at Ascention providence Hospital and Sadds’s Hospice for their loving care.
VER MÁS VER MENOS