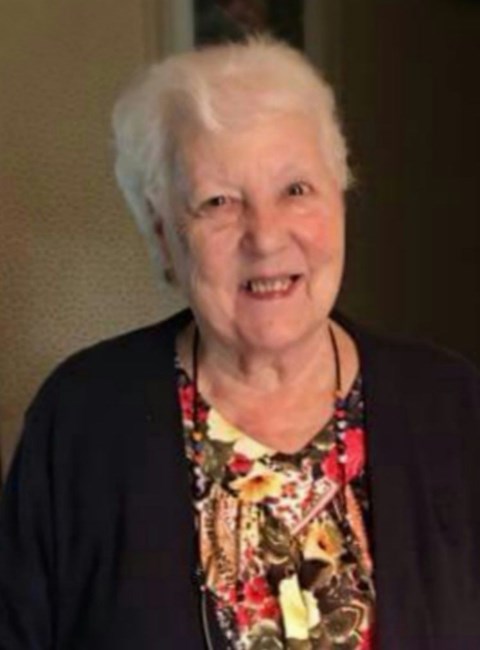 Theresa Blanchard, age 88, of Murfreesboro, Tennessee, passed away on Thursday, August 4, 2022 at her home. She was born in Liverpool, England to the late John and Emily Lennon Standish. She was married to the late Carlos Glen Blanchard for over 68 years, until he passed away in 2021. She is survived by her children, Susan Waterman of Arlington, Washington, Michael Blanchard and his wife Debra of Murfreesboro, Tennessee, Linda McCoy of Riverside, California, Jannette Dickerson of Lebanon, Tennessee and Steve Blanchard of Murfreesboro, Tennessee; sister-in-law, Christina Saver of Owensboro, Kentucky; Eleven Grandchildren and Eighteen Great Grandchildren. She was also preceded in death by sisters, Emily, Esther and Marie; and brothers, John and Joey. Funeral services will be at Three O’clock the afternoon of Tuesday, August 9, 2022 at Roselawn Funeral Home with placement to follow in the mausoleum at Roselawn Memorial Gardens. Friends are cordially invited to visitation also on Tuesday, August 9, 2022 from Two O’clock until the service begins at Three O’clock at Roselawn Funeral Home. She was a faithful member of St. Rose of Lima Catholic Church. In lieu of flowers, donations may be made to Shriners in C/O Poland Syndrome or to St. Jude Children’s Hospital.
VER MÁS VER MENOS