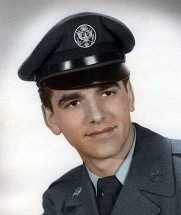 Joseph was very proud of his time in the military, he spent 20 years in the Air Force, and following that he retired after 20 years from the Lowell Post Office. He has been retired since 1992 and was enjoying it. He had a love of cars and always had to have the newest model. He was always happy being out in his yard. He is survived by his wife Margaret (Eaton) and his son Eddie Comtois and his wife Anette, his daughter Debbie MacDonald and her husband Chuck, his brothers Maurice and Roland Comtois. He is also survived by two grandchildren, Kyle and Kristopher Comtois, and three great grandchildren, Cody, Masen and Jordan Comtois, and several nieces and nephews. He was predeceased by his brother Paul Comtois. Visiting hours will be held on Thursday, December 29, 2016 from 2:00PM-6:00PM with a service beginning at 5:30PM at the Zis Sweeney Funeral Home 26 Kinsley St. Nashua.
VER MÁS VER MENOS