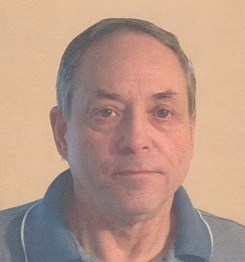 Roger Gerard Landry, 74, of Nashua, NH passed away on November 26, 2017. He was born in Attleboro, MA, on March 15, 1943, son of the late Edward and Simone Landry. Roger was married to Cynthia DiAntonio in February of 1969; they were married 48 years. He served in the Navy during the Vietnam War. Roger worked as a Master Electrician for Nashua Corporation for 19 years. He also taught electrical code classes and worked for the International Union of Electrical Workers, of which he was a lifelong member. He enjoyed tinkering and architectural drawing. Roger is survived by his wife Cynthia, sons Roger and Mark, grandchildren Emma and Kaden, brothers Robert, William and Edward, and other family and friends. In lieu of flowers memorial donations may be given to American Diabetes Association. Donations can be made in his name at their web site or by phone at 1-800-DIABETES (1-800-342-2383) or https://donations.diabetes.org/site/Donation2?df_id=19524&19524.donation=form1&mfc_pref=T The family of Roger Gerard Landry wishes to thank Valerie M. Vitiello for her love and guidance. The memorial service will be held from 3pm – 7pm on December 4th at Zis-Sweeney Funeral Home, 26 Kinsley St. Nashua. Fr. Ray Labrie of Immaculate Conception Church will be officiating a short ceremony at 6:30pm.
VER MÁS VER MENOS