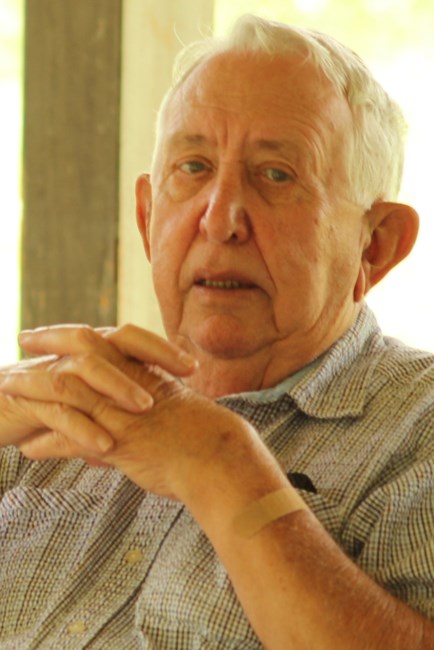 William Henry Barker, age 89, of Smyrna, Tennessee passed away on Monday, August 8, 2022. Henry was born in Auburn, Kentucky. He grew up in Russellville, Kentucky with his father, Robert Lee “Doc” Barker, his mother Laura Bell (Hall) Barker, his older brother, James and older sister, Eleanor (Barker) Read. Henry is preceded in death by his wife of 65 years, Linda Marie Barker. Survived by his five daughters, Connie, Lisa, Karen, Sharon and Amy. Besides his wife and children, Henry is survived by his son-in-law’s: Bob, Kevin and Juan; Grandchildren: Jason, Lauren, Hillary, Matthew, Alexandra, Christina, Eric and Cody; Great-Grandchildren; Cicily, Izzy and Olivia. Henry received his Order to Report for Induction to the United States Army on December 28, 1953. He was assigned to the 34th Infantry Scout Dog Platoon on January 8, 1954. He served in Germany until his Honorable Discharge on December 17, 1955. He served in the United States Army Reserve from January 27, 1956 to January 27, 1962. Henry spent the majority of his career working in the Printing Industry in Nashville. He began on August 14, 1951 working with Nashville Electrographics Co. He received a silver platter on August 14, 1976 as appreciation for 25 years of dedicated service. Also, he worked at Graphic Process Inc. for several years. He tried his hand at selling Real Estate for Carriage House Realty and a window replacement company. Henry had two loves (aside from his family), Vanderbilt Athletics including football, basketball and baseball. He attended countless games with family and friends over the decades. His other love was his dogs Smokey, Mickey, Pepe, Charlie and Rusty. He valued their unconditional love and companionship. His hobbies were fishing, coin collecting and researching his ancestry. We finally got him over the Mississippi River by sending him and mama to Sedona, AZ for their 50 wedding anniversary gift. He had an adventurous side, too. We took him up in a Hot Air Balloon for his 80th birthday. He really enjoyed how quiet it was high up in the air. But not the landing so much. Henry will be sadly missed by his family and friends. We are comforted he is back with his loving wife Linda and in the presence of Jesus Christ our Lord. A Gathering of Family and Friends for William will be held Monday, August 15, 2022 from 11:00 am to 12:00 pm at Mount Olivet Funeral Home & Cemetery, 1101 Lebanon Pike, Nashville, TN 37210, followed by a Celebration of Life Service at 12:00 pm. Services will live streamed on Facebook @MountOlivetFuneralHome. In Lieu of flowers, donations can be made to the Rutherford County Humane Society.
VER MÁS VER MENOS