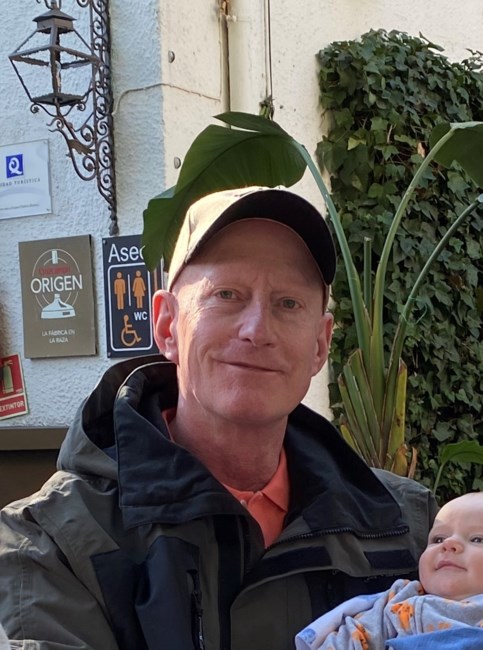 Mason Crum, a cherished Husband, Dad, Granddaddy, Brother, Uncle, Proud Veteran, and #1 Margarita Maker, died peacefully at his home in New Bern, North Carolina on September 14, 2022 after fighting an aggressive cancer. Mason was pre-deceased by his parents, Madison Howell and Betty Jean McHone Crum, father-in-law James Jorgensen, stepmother Geraldine Moorefield Crum, and niece, Mary Katherine Crum. Mason is survived by his best friend and wife of 40 years, Kim Annette Jorgensen (New Bern) and his children Catherine McHone Stephens (Houston, TX) (Jordan) and Madison James (Washington, DC); his grandchildren, Tyler and James Stephens; mother-in-law Connie Jorgensen (Iowa); siblings Madison Howell [Bubba] (Julie) of New Bern, Janet Sparks (Roger) of Durham, NC, Al Gravitte of Orange Park, Florida, and Kim Biddix (Bill) of Lake Wylie, SC; brothers-in-law Jim and Mark Jorgensen (Iowa), and nieces and nephews Sampson Crum, Madison Andrew Crum (Susannah), Molly Ruth Crum; Scottie Johnson (Will), and Mary Matthew Sparks (William Blackwell). Mason was born in Chapel Hill, North Carolina in 1958. His family moved often, helping to lay the foundation for his future adventures in the Navy, and forever cementing a special bond with his brother, Bubba. After graduating from Western Kentucky University and Vanderbilt University with advanced degrees in environmental engineering, he moved to Iowa where he met his wife, Kim. He enjoyed his time in Iowa and found a second family with the Jorgensen’s. However, quickly learning he did not like cold winters, he decided to join the Navy Civil Engineer Corps. There, he found adventure and purpose in the Seabee “Can Do” spirit and helped build temporary and permanent infrastructure throughout the world. Mason was especially proud of the time he spent in Seabee battalions NMCB 4, ACB 2 and NMCB 40 and forever cherished the relationships he built with other Sailors and Marines. Along with their two children, he and Kim had many Navy adventures, found forever family friends, and were particularly fond of the three years they spent stationed in northern Scotland. After Mason retired as a Captain in 2006, he worked as the Director of Engineering and Planning for Orange Water and Sewer Authority (OWASA) in Chapel Hill, North Carolina. Though Mason was proud of his career, he was most proud of his family. In 2011, Mason and Kim bought an old house in downtown New Bern which he thoroughly enjoyed renovating, doing much of the work himself. Mason was an active man who could let no ‘to do’ list go undone. He loved to have his family and friends visit, spending hours on the big front porch with his children and grandchildren. He treasured times with Tyler and James on his boat and taking them out for treats, and loved sharing a cold Gatorade with Sampson. Additionally, Mason was an avid volunteer for the Craven County Special Olympics, and a budding artist. Many of his children’s paintings hang in the children’s play areas of the local Religious Community Services family shelter. A memorial service for Mason will be held at the First Presbyterian Church, 400 New Street, New Bern, NC on Saturday, October 15th at 2 pm. If you wish to honor Mason’s memory, please send donations to: Special Olympics Craven County, 1821 Old Airport Road, New Bern, NC 28562. All funds will be spent on local athletes that he greatly admired.
VER MÁS VER MENOS