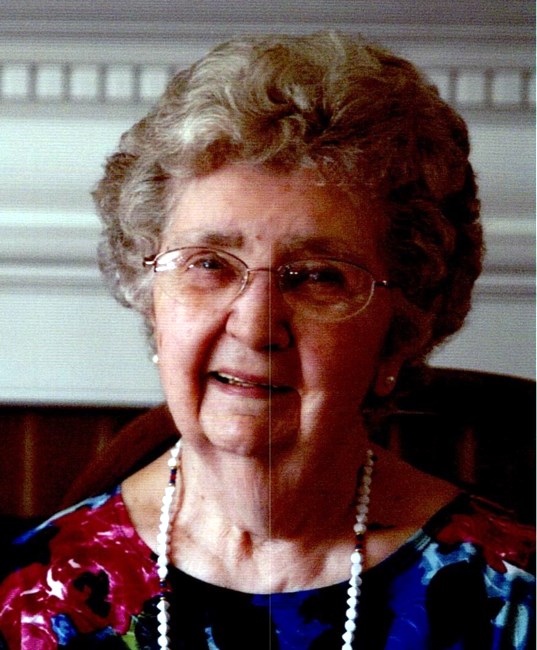 Rita C. (Carrier) Kelly, 93, of New Britain, beloved widow of the late Peter F. Kelly, passed away peacefully at her home with her loving family by her side on January 14, 2022. Rita married her beloved Peter in 1947 and settled in New Britain. There, they raised six children which yielded eleven grandchildren and eighteen great-grandchildren who were always the center of their lives. Rita was born in New Britain on February 13, 1928, to Edmund and Agatha (Martineau) Carrier. After graduating from New Britain High School, she worked for New Britain Bank & Trust where she held several positions in loan accounting. Following her stint in banking, Rita spent approximately 18 years working at the Hospital for Special Care as the Executive Secretary for the Respiratory Therapy department before retiring in 1989. During her retirement, Rita mostly enjoyed spending time with her family, particularly her grandkids and great grandkids. In her spare time, she also enjoyed playing card games (particularly Black Queen) and watching her favorite TV shows. She was a devout catholic belonging to St. Francis of New Britain where she attended mass on a regular basis. Rita is survived by and will be deeply missed by her six children: Peter Kelly and his wife Lidia of Bristol, Nancy Kavalauskas of North Reading, MA, David Kelly and his wife Luane of Berlin, Thomas Kelly of Farmington, Paul Kelly of New Britain, and John Kelly of New Britain. In addition, she is survived by 11 grandchildren and 18 great grandchildren. Rita was predeceased by her brothers Albert Carrier of New Britain, and Ray Carrier of Newington and her sister Mickey Erickson of Avon. She is survived by her brother Robert Carrier of Kensington. A Mass of Christian Burial was held on Thursday, January 20, 2022, at St. Francis of Assisi Church in New Britain. Rita has now entered eternal rest with her husband, Peter at the Connecticut State Veteran’s Cemetery in Middletown, CT. New Britain Memorial & Donald D. Sagarino Funeral Home has been entrusted with arrangements. For an online memorial, please visit www.NewBritainSagarino.com.
VER MÁS VER MENOS