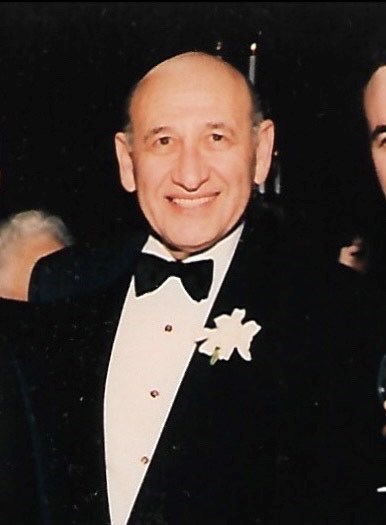 Marvin Goldstein, a prominent physician in New York City for over 50 years, died peacefully at his home on November 15, 2021. He was 92 years old. Marvin was born and raised in Richmond, Virginia. After graduating first in his class from the University of Virginia pharmacy school, he became an officer during the Korean War, working closely with doctors treating sick and wounded soldiers. Inspired, he went to medical school. After graduation, he did his internship and residency, including a year as chief resident, at Mt. Sinai hospital. For the next decade, he served as a full-time faculty member at Mt. Sinai, doing kidney disease research and practicing internal medicine. After entering private practice, he continued his affiliation with Mt. Sinai as a clinical professor of medicine. Numerous doctors called Marvin their physician. He was always just a beeper away. Marvin loved the outdoors, spending weekends in the country and taking long walks in Central Park with his children and dog Blossom. He read The New York Times every day and loved listening to NPR. Marvin was an unstoppable force. He was an avid tennis player and dedicated runner, completing multiple marathons. Yet, his favorite leisure activity was reading the New England Journal of Medicine. Marvin is survived by his sister, Elinor; two sons, Steve (a doctor) and David, from his marriage to Dorothy “Chickie” Weiss ; three daughters, Rachel, Leah and Sara, from his marriage to Audrey Beck; three grandchildren, Rebecca, Daniel, and Nicolas (a third-generation Goldstein doctor); and four great grandchildren, Mariana, Julia, Gabriel, and Amelia. He also is survived by numerous close friends and grateful patients. He will be deeply missed. Please send condolences to The Goldstein Children, 35 E. 85th Street, NY, NY 10028.