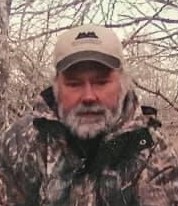 Robert (Robby) Wilson Giles, 70, of Summerville, SC passed away Tuesday, May 10, 2022. His Celebration of Life service will be held Tuesday, May 17, 2022 at the Carolina Memorial Funeral Home Chapel, 7113 Rivers Ave., North Charleston at 3 pm. Family will receive visitors at 2pm prior to the service in the chapel. Burial will follow at Carolina Memorial Gardens. Robby was born April 12, 1952 in Macon, Georgia, son of the late Walter (Deke) Talmadge Giles, Sr and the late Naomi Fennell Giles. His younger years were in Warner Robbins, GA and when he was a sophomore at the University of Georgia, he moved to Hanahan, SC where his family had already relocated. He was in pre-med at College of Charleston when he changed career goals and became an apprentice in Shop 31 at the Charleston Naval Shipyard. When he left his federal career, he became self-employed as a General Contractor in many facets throughout the years. His racing career started with dirt bikes then raced VWs with his brother, Derek. He went on from there to sponsoring mud runs and had the first 4-wheel drive shop in Charleston, SC. When the first monster truck, Big Foot, hit the scene, he drove out to St. Louis to talk to the creator of Big Foot to see how he created that truck.. He came back and built Pac Man and the rest is history. He was a true pioneer in the sport and spent over a decade entertaining fans all across the country. From all the stories he would tell over the years, he absolutely loved being a part of monster trucks. In the mid 90’s he took on a task as a Jim Carey stunt double in the movie “Ace Ventura II: When Nature Calls”. He drove the Monster Truck you see in the movie, posing as Jim Carey. In his later life Robby spent his time traveling throughout the Western United States, Canada and Alaska hunting big game with his sons and business partners. He was an avid outdoorsmen and wildlife conservationist, contributing to organizations like SEWE and Ducks Unlimited. He is survived by four sons: Kit Talmadge Giles (Jes) and Christopher Thomas Giles, Ryan Wilson Giles and Drew Walter Giles (Shelby); four grandchildren: Kinsley, Brody, Payton & a granddaughter on the way; one brother, Derek Giles (Cathy); one brother-in-law, R. Duwayne Wood and several nieces and nephews. In addition to his parents, he is predeceased by a brother, Walter Talmadge Giles, Jr and a sister, Lydia Giles Wood. Thank you to everyone who has reached out with support & condolences during this very difficult time. We so very much appreciate it. The next show in heaven just got that much better. Race In Peace Fond memories and expressions of sympathy may be shared at www.carolinamemorial.com for the Giles family.
VER MÁS VER MENOS