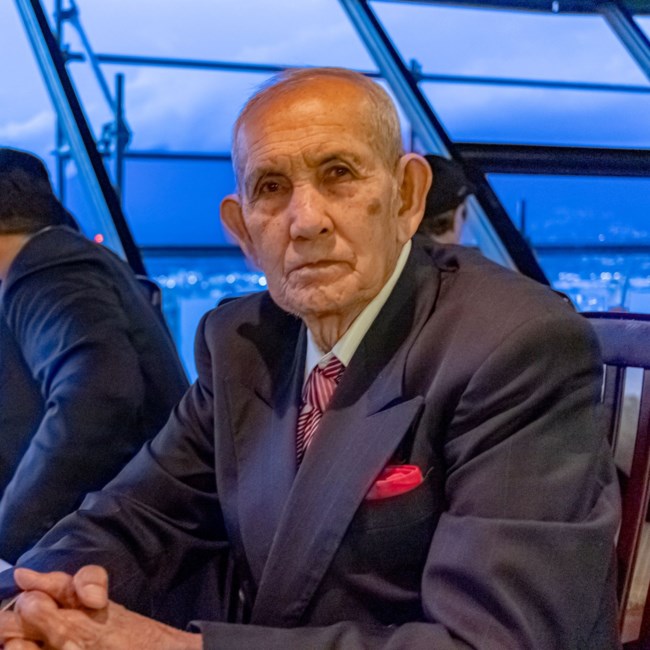 Dalmacio De Guzman’s love of life did not come to an end with his death. Surrounded by his loving family, Dalmacio passed away on July 28, 2022 at the age of 90, after his courageous battle to recover from a cardiac arrest. Dalmacio was born in Pangasinan Philippines to a family of seven brothers. He served in the military and worked as a police officer in his earlier days. He married his childhood sweetheart and partner-in-crime, Segunda De Guzman and had one child: Virginia. Dalmacio and Segunda immigrated to Canada in 1998 following Virginia. They eagerly took on the responsibility to look after their three grandchildren: Marc, Francis, and Vanessa. Although he despised the taste of seafood, on summer days, he could be found with his family by the ocean waiting for a bite on his fishing rod or helping pull up a crab trap. Dalmacio was known to be gifted with a very “green thumb” as he was always tending to his garden. He takes pride in his juicy tomatoes, beautiful roses, and gigantic green onions Dalmacio never failed to bring a smile to our faces with his constant jokes and his golden personality. He was young in mind till the very end and he will be greatly missed and always remembered. Fond memories and expressions of sympathy may be shared at www.firstmemorialnorthvancouver.com for the De Guzman family.
VER MÁS VER MENOS