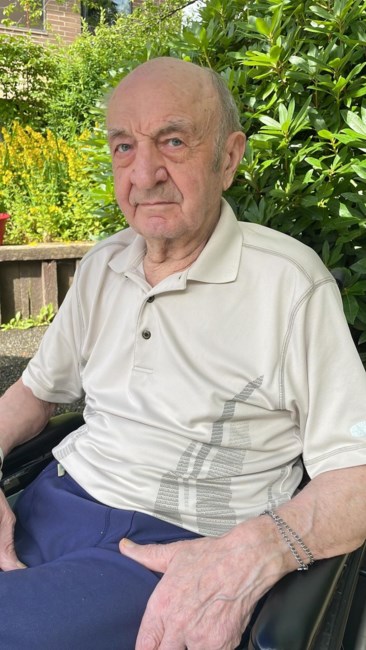 Luigi F. Garbin February 28, 1936 - September 12, 2022 Luigi Garbin, 86, of North Vancuover, BC (CAD), passed away on Sept 12, 2022. He was born Feb 28, 1936 in Brescia, Italy to the late Adamo and Giuseppina Garbin. He was the 8th of 9 siblings and is preceded by his loving brother Alessandro Garbin and his loving sisters, Anna and Teresina. Along with the many cousins, nieces and nephews located in Canada and Italy. Luigi (Gino) moved to Canada on a long sea voyage at the age of 18 in 1954 and originally landed in Eastern Canada. Over the first year of arriving, he progressively moved his way West towards Vancouver, BC, where he made North Vancouver his permanent home away from home. His initial employment was working up North in the logging camps and venturing in the cold Canadian northern hemisphere. Eventually, he decided to move back to the warmer climate of the Southern Lower Mainland of Vancouver and started working as a mason and focused on construction/development projects in Vancouver. He enjoyed gardening and reading on all life matters such as business, politics, medical theories and on a naturopathic lifestyle. He enjoyed a quiet and simple life and of course, the Italian Cultural Centre Vancouver . Luigi's final resting place will be alongside his parents and other family members. There will be a service held for him, once he arrives at his final destination.
VER MÁS VER MENOS