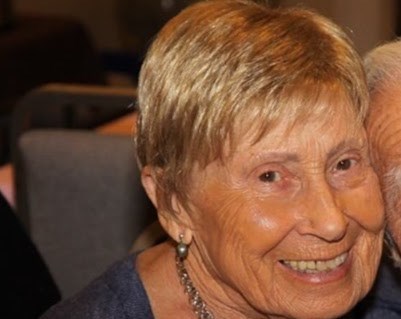 Bernice “Bunny” Joseph, 94 Bunny was born in the Bronx, to Lillian and Jacob Grossman on April 20th, 1926 where she grew up. While in NYC, she attended the Arts Students League and contributed to the war effort as a draftsperson working on advanced radar systems. She married Howard Joseph in 1947 and was married for 73 years before his passing on January 25th, 2020. The couple moved to Oneonta in 1950 and became very active in the community. Her accomplishments included being a founding member of the Temple Beth El Sunday school; the first women president of the temple; and treasurer of the League of Women Voters. A fierce advocate of human rights and supporter of the arts and music. She was loved by many in the community. As an artist she was a founding member of the Main Street Artists Group where she painted for many years. Moreover she was a member of the Central NY State Watercolor society. Her work was shown at many other galleries and area shows. Bunny was a loving mother and grandmother where family was a priority. As a homemaker, she was renowned as an amazing cook especially for her baking. She organized family gatherings at Cooperstown where family members from all over the United States would gather. She was predeceased by Kiki Kass, her sister. She is survived by three children and spouses; Leslie and Jesse Kalfel, Stephen and Susan (Bresee) Joseph, Dr. David and Mary Beth (Caufield) Joseph; grandchildren Leah, Jacob, Daniel, Zachary, Trinity, and Ricky, along with many nieces and nephews. Donations can be made to Helios Care of Oneonta, 297 River Street Service Road, Suite One, Oneonta, NY, 13820.
VER MÁS VER MENOS