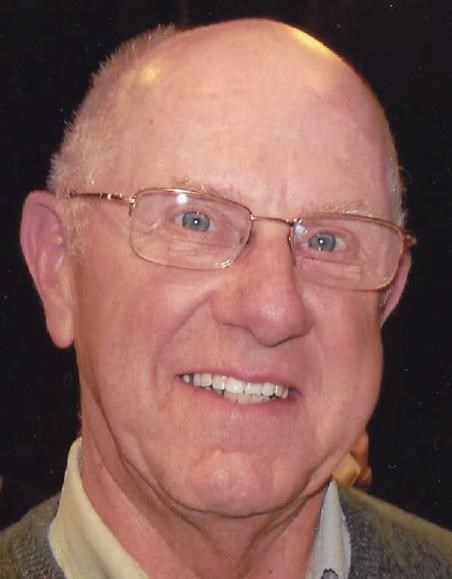 Family, friends, and admirers remember Paul Raymond Robinson as a devoted spouse, dedicated stepfather, doting grandfather, caring son, uncle, brother, and cousin who committed his life's work to education, service leadership, and social justice. An engaged community leader, driven by a sense of fairness and a steadfast commitment to helping those in need, Paul was a lifelong Yankees fan, an adventurous pilot, a curious hobbyist, and a collector of coins with a soft spot for dogs and children. Many people will remember him walking his Boston Terriers Beacon and Sugar Bear through downtown Oneonta, New York. Born in Terre Haute, Indiana, in 1941, he served in the United States Marine Corps for nine years, part of which time he was an Embassy Guard stationed in Ankara, Turkey, and later in Kabul, Afghanistan. Paul remained active in the Marine Embassy Guard Association for many years. He was a respectful critic of our country's military and made several trips to Fort Benning, GA, protesting the School of the Americas. Throughout his life, he also remained a member of Veterans for Peace. After concluding his military service, Paul became a teacher in Denver, Colorado, and later in Franklin, New York, where he met Martha. During his time at Franklin, Paul was a committed basketball coach, respected scout leader, and was also Assistant Principal. Forever devoted to his community, Paul made his mark serving on several boards and commissions. He also was an elected Alderman for the City of Oneonta for two terms (eight years). A champion of and long-time volunteer and treasurer for First Night Oneonta, Paul was also an active member of the Unitarian Universalist Society (for decades). He was also a Town of Franklin Code Enforcement Officer and a volunteer tax preparer for the Office of the Aging. His additional volunteer work included support for Habitat for Humanity and Opportunities for Otsego, Inc., as well as participating in the OFO River Ride for Hunger and Homelessness as well as serving as a member of the Elks Club of Oneonta, and volunteering for many other community-based organizations. One of Paul's great honors was to serve (along with Martha) as Grand Marshall of the Oneonta Fourth of July Parade in 2017. Throughout his life, Paul had many passions and hobbies that intrigued him. From launching the Drytown Brewery to flying his Piper Cherokee, being an avid bowler, and securing both a perfect game and a hole-in-one in golf, he was also an avid traveler. He loved playing pinochle with Martha and their friends. He and Martha traveled extensively, visiting family in Indiana and North Carolina, relaxing on Myrtle Beach, touring Europe and the U.S, and exploring other parts of the world. He died peacefully on October 22, 2020, at Bassett Medical Center in Cooperstown, NY, after struggling for years with a diagnosis of Parkinson's disease. His parents Carl and Martha Robinson and his brother Charles "Buddy" Robinson predecease Paul. He is survived by his wife of 42 years, Martha Robinson, sister Dottie Jenkins, brother Carl Robinson, stepchildren Robert Lofthouse (Michelle Courtney Berry), Susan Lofthouse (Paul Green), and many nieces, nephews, and his beloved granddaughter Nina Berry-Lofthouse. Donations in Paul's memory can be made to Best Friends Animal Society, 5001 Angel Canyon Road, Kanab, UT. 84741-0567 and the Unitarian Universalist Society of Oneonta, 16 Ford Avenue, Oneonta, NY, 13820. A remote service will be announced.
VER MÁS VER MENOS