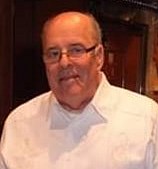 John William Charlton, 80, passed away at Cape Cod Hospital Thursday, November 5. He leaves behind his wife Jan, his two children, Eric Charlton (Valentina), and Sharon Crickmar (Glenn), and three beloved grandchildren, Alex, Erica, and Kevin Charlton. He is also survived by his sisters Jane Huey (Charles) and Kathy Hosfeld (George), brothers Thomas (Donald), James (Dorian), and Brian Charlton, nieces Lynn Johnson (Chad) and Elana Gleason (Landon Henry), and nephews Christopher Huey (Susan) and Kyle Fowler (Kristen) and numerous special friends and relatives, including cousin Pat Brandt and brothers-in-law James, Brian (Marcia), and Gregory Gleason. John so loved to wrap his arms around the Pippins family - Gregory, Deirdre, Jordan, and Haley. John began his life in Nanticoke, Pennsylvania. He graduated from Wyoming Seminary and Union College where he was a proud member of Sigma Chi Fraternity. After achieving his Master’s degree in electrical engineering, he worked for many years in the electrical energy field at the New York State Electric & Gas Company, and was instrumental in creating an energy market for New York through his work at the NYISO. John was also a sought-after professor at Binghamton University. John and his wife, Jan, married in 2009 and washed ashore from New York To North Eastham where they made their home. John immediately joined in his new community, becoming active in the Eastham Library Building Fund, Nauset Newcomers, the Orleans Coffee Club, and the Nauset Model Railroad Club, where he was the Finance Coordinator. At home in his favorite recliner, he became an avid Red Sox and Patriots fan, much to the dismay of his New York brother-and sister-in-law, Ed and Mary Fowler. John also enjoyed playing chess and golf and was an avid reader and thinker. He became quite an expert in local history, especially pirate lore and the discovery of the ship Whydah. In lieu of flowers, a donation may be made to the Nauset Model Railroad Club or the Eastham Public Library. The family will plan a memorial celebration to toast John’s life with jazz and bourbon when it is safe to do so.
VER MÁS VER MENOS