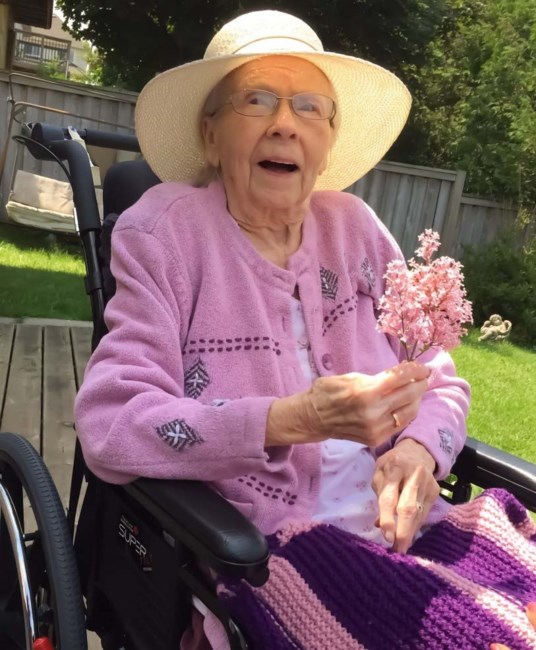 DENSHAM, Hazel Marcia (nee Fowler) LAW RCAF (WD) Entered into rest on October 15, 2018 at Fairview Lodge in her 95th year. Hazel is pre-deceased by her husband Fred Ashton, her daughter Jo-Anne, her three brothers and one sister. Loving mother of seven children, grandmother of twelve, great-grandmother of eleven and sister-in-law of Joyce Densham and Marie Thompson. Hazel served in the RCAF as a wireless operator, attended Kingsview United Church and was a member of the Oshawa Senior Citizen Centre (OSCC). Hazel will be sadly missed by Jo-Anne’s family as well as her children Brian, Philip, Jeffrey, Andrea, Steven, Patricia and their families. Hazel is resting at OSHAWA FUNERAL HOME, (847 King St. W., Oshawa) 905-721-1234 with visitation on Friday, October 19th, from 2:00 PM until time of service in the chapel at 3:00PM. Cremation to follow. In lieu of flowers, donations to the OSCC, Fairview Lodge or a charity of your choice would be appreciated.
VER MÁS VER MENOS