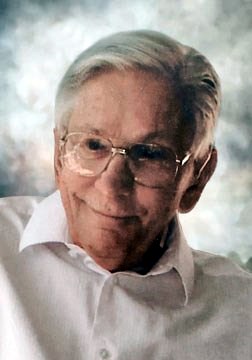 La famille Hélie announces with sadness the sudden passing of Dr. Gilles Aimé Joseph Hélie in Ottawa on December 14, 2020 in his 95th year. Gilles was born on August 9, 1925 in Maniwaki QC and raised in Hull (now Gatineau) QC. He enjoyed the benefits of a classical education at the Collège St. Alexandre on the shores of the Gatineau River and graduated from Quebec City’s Université Laval with a degree in medicine. In 1951 he married his sweetheart Lise Boivin after a courtship of almost a decade. They left home for Detroit Michigan so Gilles could do his medical residency in the U.S. His goal was to learn first-hand the advances in trauma care developed by American surgeons during WWII. He faced significant challenges and disadvantages in that his earlier internship had been purely academic and his proficiency in English poor at best. Nonetheless, his exemplary drive to succeed propelled him towards his goal, established in early childhood, to become a surgeon second to none. In 1956 he completed his residency and sat his Canadian exams to become a fellow of the Royal College of Physicians and Surgeons. His residency colleague and dearest friend, the late Dr. Jean-Noel Desmarais, persuaded him to “try out” his practice in Sudbury ON while he considered his long-term options. In his words, this led to “thirty-seven good, enjoyable years”; what an understatement. At St. Joseph’s Hospital, Gilles soon led modernization reforms in medical practice there and increasingly drew the admiration of the religious order in charge of its operations, colloquially known as les Soeurs Grises de la Croix. As a general surgeon in Sudbury with few sub-specialists nearby, he readily accepted and rose to the challenges of pushing the envelope of his sphere of practice. He was particularly proud of his work with Dr. Desmarais in reducing the mortality of head injuries in the region through the use cerebral angiography and for introducing to Sudbury some of the latest advancements in medicine such as chemotherapy, endoscopic examinations and laparoscopic intra-abdominal surgery. He was well respected for his surgical skills and beloved by his patients for the great care and devotion he offered them. Gilles also played a leading role in the transition of St. Joseph’s Hospital to Laurentian Hospital. Surgery was his passion and a calling in which he found deep personal fulfillment and great professional success. As he often emphasized, none of this would have been possible without the steadfast support and love of Lise who took on the primary role of raising their six children. They made a striking couple. Gilles cut a dashing figure and will be remembered for his enduring sense of style and fashion. Ever the aesthete, Gilles had a hand in the design of his dream home on the shores of Lake Ramsey in Sudbury, providing an idyllic family environment. Upon his retirement in 1992, Gilles and Lise returned to their roots, setting up homes in Mont Ste Marie and Ottawa. Gilles repurposed the manual dexterity of his surgical practice to fine woodwork and throughout his retirement maintained his keen interest in medical advances, classical music, politics and current affairs. Gilles is survived by his wife Lise, his children Jasmin (Jane), Marc (Francesca), Josée, Michel (Terry), CJ, Louise (Dennis), his grand-children Corey and Justin, his brother Pierre (Audrey) and his sister Lise. He was predeceased by his siblings Gisèle, Claudette, Réjeanne, Jean-Louis, Maurice, Gérard, Jacques, François and Jacqueline and his parents Oscar and Antoinette (née Grignon). While this is a time of grief for us it is also a time to celebrate a long life lived well. Adieu mon époux. Adieu mon père. Adieu mon frère.
VER MÁS VER MENOS