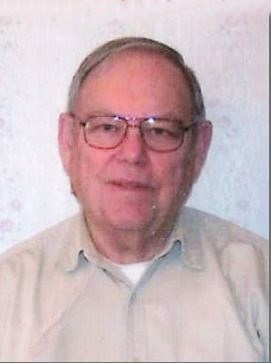 MARQUETTE HEIGHTS ~ Jack L. Montgomery, 88, of Marquette Heights, passed away at 7:35 a.m. Tuesday, August 10, 2021 at Morningside of Pekin. He was born May 14, 1933 in Pekin to Marlowe and Nelda (Stoudt) Montgomery. He was preceded in death by his parents; one son, Dick Montgomery; three brothers, Marlowe Dean, Dale Gene and Robert Montgomery and his first wife, Martha. Surviving are two sons, Rick (Joyce) Montgomery of Hawthorn Woods and Rex (Debbi) Montgomery of Pekin; nine grandchildren, Michelle (Nate) Brady of Chicago, Jeffrey (Jenifer) Montgomery of Dubuque, Iowa, Ryan Montgomery of Pekin, Derek (Emily) Montgomery of Dekalb, Jessie Rae (Steve) Tassart and Alex Montgomery both of Pekin, Kevin Meyer of Shreveport, Louisiana, Kristin (Bent) Bickham of Bogalusa, Louisiana and Shawn (Rose) Montgomery of Indianapolis, Indiana and ten great-grandchildren. Jack was a veteran of the United States Air force, serving in the Korean War. He was a union electrician for 60 years, 22 years at Zeller Mental Health Center in Peoria until their closing. Prior to that, he had worked at CILCO, Honeywell and Pabst Brewing. After retirement he worked at the USDA Ag Lab in Peoria. Jack was an avid motorcycle rider and gun collector. He loved to trap shoot and was at one time the Senior Trapshooting Champion of Illinois. He could and would fix anything for anyone. His memorial service will be at 2 p.m. Monday, August 16, 2021 at Preston-Hanley Funeral Homes & Crematory in Pekin. His son, Rick, will be the eulogist. Visitation will be one hour prior to the service at the funeral home. Military rites will be provided by Tazewell Military Rites Team. Private inurnment will be at a later date at Prairie Haven Cemetery in Pekin. Memorial contributions may be given to Tazewell Animal Protective Services, 100 TAPS Lane, Pekin, Illinois 61554. To express condolences online, visit www.preston-hanley.com
VER MÁS VER MENOS