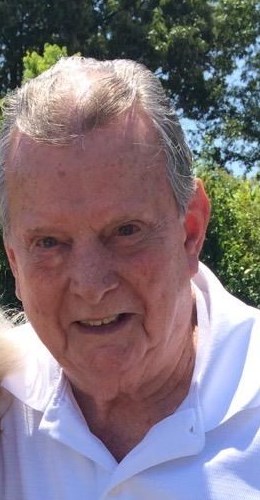 Frank Terry Pearce was born on December 23, 1927, in Chelsea, Alabama. He proudly served his country in the United States Army. Frank was united in holy matrimony with Louise Shirley Steafken on July 16, 1962, and their union was blessed with two children. He was employed by Jefferson County Commission General Services as a carpenter for over 20 years. In his downtime, he enjoyed spending time with his family and watching NASCAR, Atlanta Braves baseball, and Auburn football. Frank was preceded in death by his parents, Frank Harry and Dorothy Alma Pearce, and his brother, Harry Willliam Pearce. He leaves behind to cherish his memory his wife, Shirley; daughters, Leigh Ann Pearce and Pamela Pearce; granddaughters, Ashley Pearce, Brittany Reeves, and Kaitlynn Reeves. Visitation will be held at Southern Heritage Funeral Home on Sunday, January 23, 2022, from 1-2 pm with a graveside service beginning at 2 pm. Burial will be at Southern Heritage Cemetery. In lieu of flowers, please make a contribution to your favorite charitable organization.
VER MÁS VER MENOS