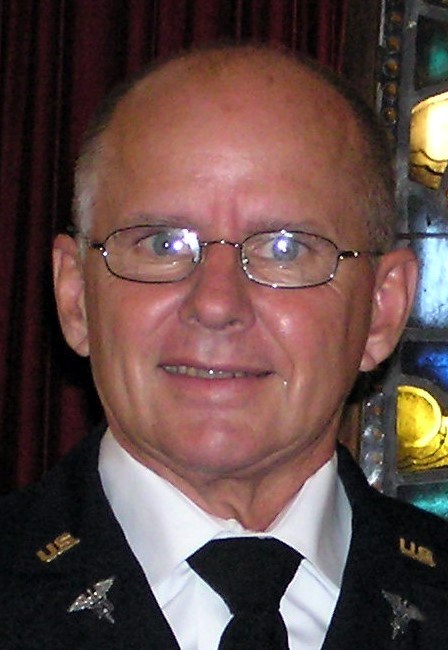 Robert (Bob) Carr Dubay, Lieutenant Colonel, U. S, Army (Ret) September 25th, 1947 – August 27th, 2021 There is no sense in arguing when the Lord calls you home, even if you feel you aren’t quite ready. That was definitely the case with Bob. Gone too early, he still managed to fit a whole lot of life into his 73 years on this earth. Everything Bob did, he did it his way and lived by this mantra until the end. He was born in Boston, Massachusetts and even after living across the globe, managed to keep a little Boston in his speech, of which his kids made endless fun. He was the son of the late Elma Carr Jones Dubay and Jesse King Dubay. He was born into a family of three boys and fell right into the role of the youngest, always up for trouble and a little torment from his two older brothers. During college he was drafted to the U.S. Army. He found a passion for the military and upon discharge, finished college at the University of Central Florida with his Bachelors degree and then University of Virginia where he received a Masters. In 1974, after a brief courtship, he married Deborah “Debby” Lee Hagerty. Debby and Bob had two kids, a boy named Bobby in 1979 and a girl named Sherry in 1981. He wasn’t always the most forgiving father, but he did his best to give his kids a life filled with adventure and all the love he was capable of. After college, Bob spent 25 years faithfully serving the country in the U.S. Army Medical Corps, taking the family across the world. Following his retirement from the military he taught school at a local high school and finished his career as the Director of Human Resources at a local medical center. He loved sailing, skiing, scuba diving, the beach, the mountains, cruises, wine, Disney, and exploration. However, after his retirement to Pace, Florida, he traded in adventure for a lounge chair, sailboat, and simple luxuries. After Debby died of cancer, Bob remarried a wonderful woman named Susan Golson. He was a devoted husband to Susan for 13 years. He is preceded in death by his wife, Debby, his mother, Elma Carr Jones Dubay, and his father, Jesse King Dubay. He will be remembered by those he has left behind. His wife, Susan Dubay, son Bobby, his wife, Amber and grandson and granddaughter, Billy and Morgan of Land O’Lakes, Florida, daughter Sherry Gillespie and her husband, Noel, and a grandson Jack and granddaughter Rowen of Charlotte, North Carolina; stepdaughter Karlie, step-granddaughter Lindsay and Cole Sheets, stepdaughter Kim, stepchildren Talon and Chavis, and stepson Kelley and Mary. His brothers Charlie Dubay (Margie) of Newport News, VA Fred Dubay (Mary) of Shepherdstown, WV. And many other friends In lieu of flowers donations can be made to the Debby Dubay Memorial Scholarship Fund at Pensacola State College Foundation, 1000 College Blvd., Bldg 17, Pensacola, FL 32504. A visitation for Robert will be held Tuesday, September 7, 2021 from 11:00 AM to 12:00 PM at Bayview Fisher-Pou Chapel, 3351 Scenic Highway 90e, Pensacola, FL 32503, followed by a funeral service from 12:00 PM to 1:00 PM. Following the funeral service will be a procession to Barrancas Cemetery. In lieu of flowers donations can be made to the Debby Dubay Memorial Scholarship Fund at Pensacola State College Foundation, 1000 College Blvd., Bldg 17, Pensacola, FL 32504. Fond memories and expressions of sympathy may be shared at www.BayviewFisher-PouChapel.com for the Dubay family.
VER MÁS VER MENOS