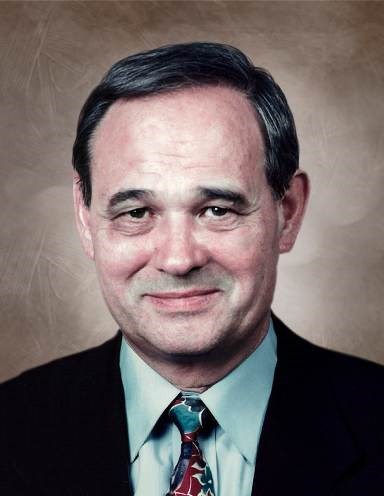 In Memory of FREI, Lothar Aug 13, 1937-Jul 31, 2022 Our dear Lothar, Dad, and Papa passed away suddenly on July 31st, 2022, at his cottage on Isle La Motte VT, a place that he loved dearly and had been visiting regularly for over 40 years. He was a few weeks shy of his 85th birthday and had just celebrated his and Johanna’s 60th wedding anniversary the day before surrounded by his family on a truly wonderful evening. Deeply kind, warm and charming, Lothar was a noble and respected family and business man. His devotion to his family and by extension to their families and friends was truly amazing. He was known as being very hard working, from his early years in Switzerland as a mechanical apprentice to his decades at Rubenstein where he rose through the ranks from warehouse worker to overseas sales and management of material handling to part-owner. This work ethic carried over to his homelife from building up and renovating homes on Dieppe and Edison streets and the wonderful cottage in Vermont. Lothar was known as a calm and steady force in a crisis and was often called upon to mediate both professional and personal conflicts. He was an accomplished musician, playing piano, stand-up bass and accordion as part of big band ensembles or recreationally at home. Tennis was his passion from playing with his brother Freddie, to teaching his family on the grass court he built and tended to at the cottage as well as competitive matches at the Tennis 13 facility in Montreal. Tennis was also his favourite sport to watch on television, never missing a grand slam event. He will be forever missed by his wife of 60 years, Johanna (Hanni) and his children Karl (Sylvie), Allan (Debby), Ken (Angela), Jennifer (Dimitri) and many grandchildren (Nicholas, Michelle, Lucas, Liam, Karen, Louis, Emery, Alyzée, Évéah, Arlo), nephews Andrew (Flavia, Christopher and Tate) and Steven (Kirsten, Malcolm and Julia), a large extended family on Johanna’s side, countless friends and former coworkers. He is predeceased by his father Karl, mother Gertrud, and beloved brother Alfred. A very special thanks is extended to his “Vermont Family” of amazing neighbours that were always there to help over the years and who went above and beyond to be there for Lothar and especially Johanna in his final moments. Visitation will be held from 5-9PM, August 7th at the Collins Clarke MacGillivray White Funeral home and funeral services will take place at 11AM on August 8th at St. Thomas à Becket Church (4320 Saint-Anne St, Pierrefonds) The family requests that in lieu of flowers, those who wish can make a donation in Lothar’s name to a charity of particular significance to them.
VER MÁS VER MENOS