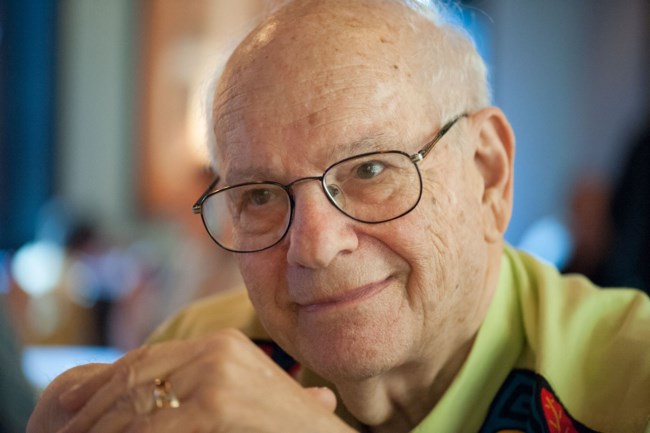 Robert Galkin lived every moment of his 95 years. He was a wildly successful businessman, world traveler, spontaneous poet, and first man on the dance floor for over seven decades. As a result, he had a few stories to tell. After the loss of his beloved Wini Blacher Galkin, not long before their 63rd wedding anniversary, Bob began a second career at the age of 89, drawing on his wealth of diverse experiences to craft a series of novels that would both entertain the reader and satisfy his continuing wanderlust. Over the past six years, he’s completed 24 novels (that’s not a typo), six screen plays and had two near Hollywood films. He formed Galkin Entertainment with his brother, Warren Galkin, his daughter Debby Krim, and his grandson Ryan Kenner. Oh, and he built a museum. Bob’s formal education included Brown University in Providence and the University of Oxford in England. He also served in the US Navy. After Brown, he joined his father, Arthur Galkin in the business Arthur started over 100 years ago, Natco Products. As a businessman, he was intelligent, creative, innovative and fearless. In his early years, he was instrumental in bringing Natco national and ultimately, international. At Natco, Bob worked with his brother Warren for over 70 years. He would be proud to tell you Natco continues as a family business now moving forward to the 4th generation. He was successful in almost every way a human can be. His belief that we live on through our “seeds and deeds” put his family at the front of his passions. He left his mark on three daughters and their spouses, Ellen & Harris Kenner, Jane & Michael Litner and Debby & Marty Krim, Six grandchildren, Naomi Cherne, Ryan Kenner, Lisa Litner, Stacey Litner, David Litner & Stephanie Krim, as well as their spouses. He also thoroughly enjoyed his eight great grandchildren. As Bob would have hoped, they all carry his love of life. Bob was a glorious firework display with unique shapes and colors sparking joy and play to anyone in earshot. If you are one of the lucky ones who got to meet him, you would never forget the man who spoke to you in rhyme. It was spontaneous, sometimes funny, sometimes profound, always astounding. He spread smiles worldwide. Funeral and burial were private. Arrangements are in the care of Sugarman-Sinai Memorial Chapel, Providence. Memorial contributions in his honor may be made to, the Miriam Hospital Foundation, PO Box H, Providence, RI 02901 or online at lifespan.org/tmh-giving
VER MÁS VER MENOS

Funeral and Burial are Private