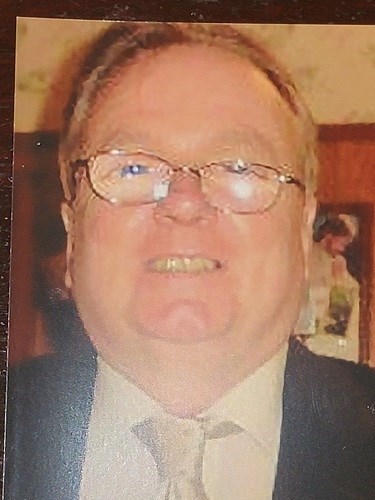 William Francis Flynn, Jr., 74, of Cranston, passed away on Tuesday, August 2, 2022 at Miriam Hospital. He was the loving husband of Kathleen A. Catterson for 31 years. Born in Providence, he was a son of the late William F. and Joan Marie (Harkins) Flynn, Sr. William worked as a truck driver for the Providence Journal for many years before his retirement. He enjoyed watching the Red Sox, horse racing, trivia games, and had a special affection for his granddaughter, Schuyler. In addition to Kathleen, he leaves his two children, Kimberly A. Flynn, and William F. Flynn, III, three brothers, Daniel J. Flynn, Laurence K. Flynn and his wife Bernadette, and Terrence G. Flynn, a granddaughter Schuyler M. Flynn, three nieces, Bethanie, Kelly, and Colleen, and Bradford D. LoVerde, son of Kathleen. He was the brother of the late Mary E. (Flynn) Marino and her husband Robert, and the former husband of the late Rosalind (DiDonato) Flynn. At the request of the family all services are private.
VER MÁS VER MENOS