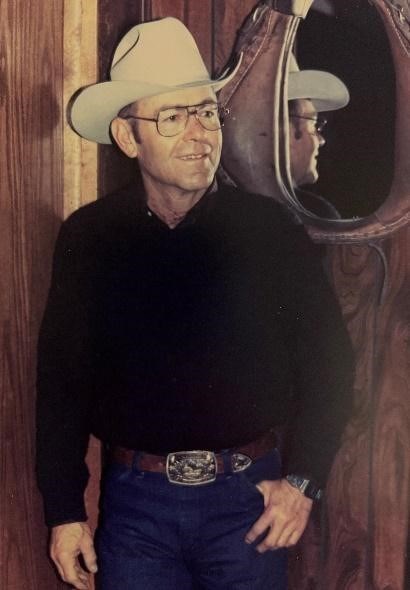 Willard M. Klipfel, 86, passed away January 16, 2022, joining his parents Goldia and Beverly, and his dearest friend, Mary Elizabeth ‘Betty’, in eternal rest. He was born on October 29, 1935, in Pueblo County and spent his childhood in Beulah, Colorado. Willard lived his life with integrity, an unmatched work ethic, and an unwavering love for family. He modeled these values to those he leaves behind: his children, Chuck (Sabine Lisec) Klipfel of Austria, Jim (Lisa) Klipfel of Colorado City, and Cynde (Jim) Bimbi of Delaware; 10 grandchildren, Cody (Maegan) Klipfel, Jenna Bimbi, Christen (John) Dodson, Britta (Bryan) Cordrey, Colt (Courtney) Klipfel, Kayla (Tyler) McKinley, Catelyn Klipfel, Kelby (Elle) Sikes, Clay (Bryli) Klipfel, and Cashion Klipfel; and thirteen great-grandchildren, Parker, Paislee, Peyton, Blayke, Russel, Brewer, Creede, Kase, Quincey, Brooke, Canyon, Charlie Elizabeth, and Knox. Throughout his life, Willard worked tirelessly developing businesses to support his community and family. After moving to Springfield in 1959, he established his first small business, Springfield Implement Company, expanding it to a large-volume company. Later, Willard sold that business and purchased Quick-Way Concrete, which he operated for several years. He then moved back closer to ‘home’ where he would live out the remainder of his life. He purchased the Greenhorn Valley True Value in Colorado City and after the sale of the hardware store, Willard purchased Mountain Disposal. This business became Willard’s legacy to a community he loved. He developed and expanded it into a company that would serve all of the Greenhorn Valley as a full-service disposal business, a company now owned and operated by his son, Jim. Willard loved the majesty of the Greenhorn Valley and the people he knew and served. As a dad he knew how to have fun and love his kids. He taught his children how to dance, rope, ride, and enjoy life as a family, while never forgetting the responsibility of family, friends, and work — the things he treasured most in life. Willard never missed watching his children take part in any activity as they grew up. He took great pride and effort in providing opportunities for his children, including traveling and participating in weekly rodeos in the summer for many years. If you knew Willard, you knew his passion for woodworking, and most-likely have one of his beautiful creations. He began this hobby when he was in high school and continued manipulating oak in his home workshop to the very last days he spent at his home in Colorado City. A celebration of Willard’s life will take place on Saturday, January 29, 11:00 a.m., Imperial Funeral Home, 5450 Hwy 78 West, Pueblo, followed by a reception.
VER MÁS VER MENOS