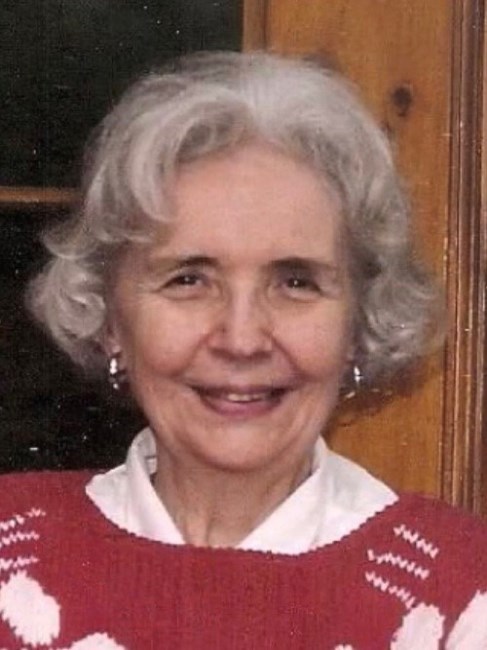 Josephine “Jo” “Mimi'' Dorothea Hughes Cochran, beloved wife of Robert F. Cochran, passed away on Wednesday, October 5, 2022 at age 97. She had five children, thirteen grandchildren, and six great grandchildren and was the pastor’s wife to twelve Baptist Churches in Texas, South Carolina, and Virginia, including First Baptist, Galax (five years), Del Ray Baptist, Alexandria (ten years), and Bon Air Baptist, Richmond (twenty years). Jo was born in Bryson City, North Carolina on May 4, 1925, the only child of Fred and Minnie Hughes. She had an idyllic childhood in a wonderful small town in South Carolina called Greer, which was a lot like Mayberry. Her life was filled with neighborhood friends and creative endeavors in music, art, drama, fun, laughter, and adventure. Jo was a Drum Major and Majorette, leading the Greer High School Marching Band to First Place in multiple local and statewide competitions. She graduated from Greer High in 1942. She attended Meredith College where she was Senior Class President. She majored in English and was voted Most Popular during her senior year in 1946. Following college, she served as the Minister of Education at First Baptist Church, Dunn, North Carolina for two years and then attended Southwestern Baptist Theological Seminary in Fort Worth, Texas. On her first day at the seminary, she caught the eye of a young ministerial student named Bob Cochran. Bob was quite taken with Jo, and he learned that she was from South Carolina, but he did not remember her name. He enjoyed telling their kids that, to her delight and embarrassment, he called out to her across the campus: Hey, South Carolina! She did not hold it against him. They played putt-putt golf that night, and that first date was the beginning of a romance that lasted 65 years until Bob’s death in 2015. Jo earned her Master’s in Religious Education in 1950. At graduation, she was honored as the Female with the Highest Grade Point Average in the School of Religious Education. In an interview, Jo told the Richmond Times-Dispatch: “I loved being the pastor’s wife. You just do whatever needs doing. I’ve always loved Bible teaching and study.” She taught a weekly Bible class to twenty to thirty adults at Bon Air that lasted for nine years, covering the entire Bible from Genesis to Revelation. Bob described her in the following words: “She is a joy to live with. She never seeks the stage but is comfortable on it. She is my queen who helps this peasant feel like a king. She is my premier wise and sympathetic counselor.” Jo is survived by her five children and their spouses: Robert F. Cochran, Jr., an author and retired law professor living in Charlottesville, Virginia and his wife Denise; David Cochran, an artist in Richmond, Virginia, and his wife Sheryl; Becky Coram, co-founder of New Hope Church in Lorton, Virginia and her husband Rusty; Steve Cochran, a retired worship leader and assistant pastor and current tennis coach in Birmingham, Alabama and his wife Jenny; and Paul Cochran, Associate Pastor of Worship at Ironbridge Baptist Church in Chester, Virginia, and his wife Sarah. Mimi was a loving grandmother to thirteen grandchildren: Christina, Robbie, and Kevin; Matt, Jake, and Luke; Sarah and Joseph; Casey, Stephen, Leah, and Josie; Paul, Jr. and Thomas. She was a loving great-grandmother to Chandler, Lydia, and Declan; Oliver and Oakes; and Zoe. A memorial service will be held at Bon Air Baptist Church at 2531 Buford Road, Richmond, Virginia, 23235 on Saturday, October 15, 2022 at 10:00 am. The service will be livestreamed at https://www.youtube.com/watch?v=s4GeUM4BS7w. She will be laid to rest in Bethel Baptist Church Cemetery after a private ceremony. In lieu of flowers, memorial donations may be made to the Bon Air Baptist Church Endowment Fund, sent to the address above, attention Donna. Fond memories and expressions of sympathy may be shared at www.woodyfuneralhomeparham.com for the Cochran family.
VER MÁS VER MENOS

A Celebration of life