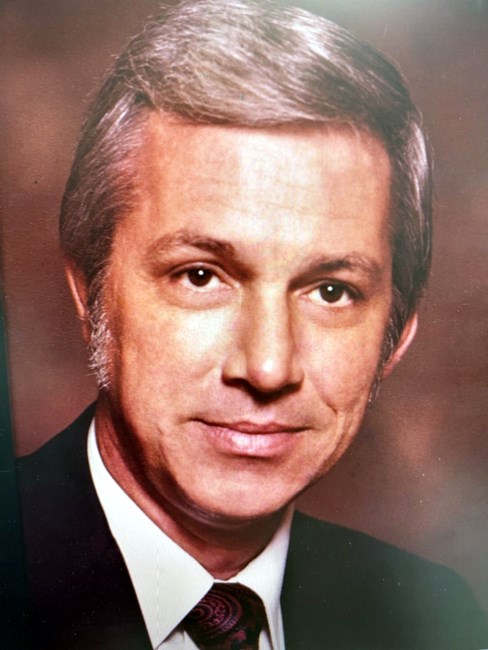 C. Marshall Cantrell passed away at his residence in Melbourne, Florida on September 15, 2022 at the age of 90. Marshall is survived by Phyllis, his loving wife of 46 years, son Thomas Corbett (Michelle), daughters Marcetta Musser (Curtis) and Sheila Myatt (Randy), 9 grandchildren and 10 great-grandchildren. He was predeceased by his Parents, Claude Cantrell and Katie Cantrell of Cartersville, Georgia and his sons, Marshall Jr. and Mitchell. Marshall was born in Cartersville, Ga where he graduated from Cartersville High School. Following graduation, he enrolled at the Georgia Institute of Technology. During his tenure at Georgia Tech he became a member of the Delta Tau Delta fraternity and all-male cheerleading squad before graduating with his B.S. in Industrial Management. Immediately after graduation, in January 1955, he was inducted into the US army as a 2nd Lieutenant where he served as Commander of the Light AAA Unit at Fort Gordon, Georgia, achieving the final rank of 1st Lieutenant before being honorably discharged in 1957. Following his discharge from active duty, Marshall relocated to Eau Gallie, Florida where he started his new career as a Certified Public Accountant before opening and operating CASH Builders Supply Hardware Store for 30 years until opening and operating his second business the Door Gallery for over another 25 years while achieving certification as a Architectural Hardware Consultant. Marshall was a dedicated steward of civic responsibility as reflected in his service on numerous committees and organizational boards, elected position as Eau Gallie Police Commissioner, charter member of the Eau Gallie Lion's Club, and service as city councilman for many years. Friends and family will be received for viewing and to pay their respect on September 21, 2022 from 1 to 2 pm at the Life Events Center at FLorida Memorial Gardens located at 5950 S. Highway US 1, Rockledge, Florida 32955. A celebration of Life Service will be held at the same venue at 2pm, with interment to follow service. Those wishing to express their condolences with a gift may send flowers to the venue or submit a donation in memory of the deceased to the Alzheimer's Association.
VER MÁS VER MENOS