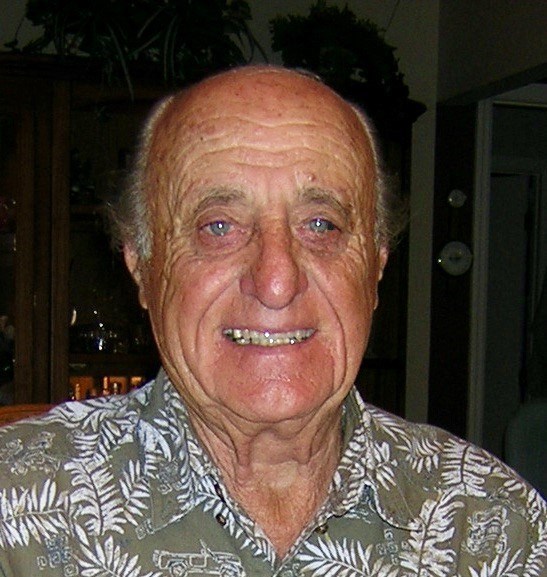 John Allegra passed away peacefully on July 29, 2022 after a brief illness. His son Michael and friend and caregiver Linda were there with him. This was only a few short months after his wife (Florence, also known as Randy) passed away. They were 1 month short of 73 years of marriage which is truly remarkable. John spent the last couple of years attending to Randy’s every need without complaint because he just loved her so much. John was the last of his siblings to pass. He will always be remembered for his wit, charm and acuity to details. He was proud of his ability to remember numbers and you knew not to dispute him. John was born on September 27, 1923 in Boston (Somerville), MA. and had 3 sisters who preceded him in death (Barbara, Madeline, and Connie). John was always interested in flying and hand carved a wooden propeller when he was just a kid. He flew for the Navy and then went on to a career with TWA. John used to call the airline either Teeny Weeny Airlines or Terribly Wobbly Airlines as his mood dictated. He also worked for other airlines, the FAA and even taught aviation at the Florida Institute of Technology (FIT). It was amazing that he became a teacher and had to learn the latest technology in his late 70’s. He was most proud of getting his license to fly a 727. He and Florence traveled extensively. During his FAA tenure he worked as the chief of operations for the entire South Pacific region out of Honolulu, Hawaii and even did a tour to the South Pole. John was an avid golfer and loved fishing (and especially enjoyed eating them). His other passion was boating which prompted him to move to Melbourne over 30 years ago. He and Randy were great entertainers and often hosted dinners that were as fun as they were delicious. If you are lucky you have had one of his Manhattans followed by either an Italian or Ukrainian dinner. He was married in Dedham, MA and moved to New York and New Jersey where he and Florence raised 3 boys (John, Michael and Allen). John is now reunited with his wife and sons John and Allen and all of his other family and friends that preceded him. A graveside service will be held at the Florida Memorial Gardens Chapel of Peace on Saturday, August 13 at 1:00 pm. Special thanks to the people at Chateau Madeleine who took wonderful care of John and Florence. In lieu of flowers, please offer donations to St. Francis Reflections, 6905 N. Wickham Rd, Suite 403, Melbourne, FL 32940, (866) 269-4240.
VER MÁS VER MENOS