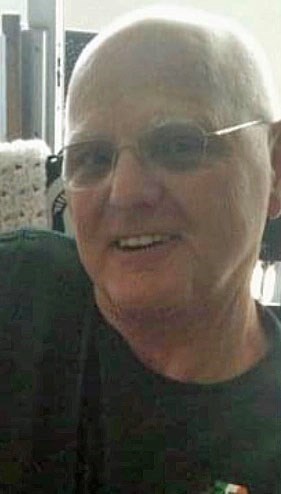 David Patrick Gaffigan was born on July 19th, 1951 in Detroit, Michigan. He is the fourth child of John Patrick Gaffigan and Mary Marie Gaffigan (Williams). Dave grew up in Roseville, Michigan. He attended Brablec High School, where he played Basketball and was the honored recipient of the Best Dancer and the Best Legs award. Upon graduation, Dave joined the army and was stationed in Okinawa, Japan. He served in the army for two years. Dave was a recipient of the GI bill, and he attended college at Macomb Community College, Wayne State University and Detroit Mercy. Dave began his career at Chrysler in 1974. He worked as a keypuncher, and he earned his Master’s degree in business while working at Chrysler. Dave met his partner, Lynn Spillman, through friends in Roseville. They married in 1975 and their first child, Stefanie, was born in 1978. Dave and Lynn’s second daughter, Michele, was born in 1986. Dave and Lynn raised their family in Harrison Township. They enjoyed parties with family and friends and spending time at their little cabin Up North. Dave retired from Chrysler in 2008. In his retirement he enjoyed visiting his daughters in Colorado, spending time Up North and, most of all, spending time with his grandchildren. Among his many hobbies (racquetball, rowing, softball) Dave was a lover of music and dance, a history buff, and a proud representative of his Irish heritage. Dave is survived by his spouse, Jenny Lynn, his daughter Stefanie Gaffigan Williams (Kirk Williams), his daughter Michele Gaffigan (Kenny Hunt) and his grandchildren, Maya, Gerard, Wyatt and Colette. Dave is also survived by his siblings Carolyn Gaffigan, Gwendolyn (Walt) Shaffer, Madeline Gaffigan, Brian (Terry) Gaffigan and Wendy (Mostafa) Jouad, his siblings-in-law Larry Spillman and Kelly St. Onge, many nieces, nephews and great-nieces and great-nephews. He was predeceased by his parents John and Mary Gaffigan, sisters Margaret Gaffigan and Rosalyn Horn, parents-in-law Jim and Paulette Berish and sister and brother- in- law Scarlett Otzel and George Otzel. In lieu of flowers, Dave would have appreciated donations to St. Jude’s Children Hospital, the ASPCA and the Detroit Zoo. A memorial visitation for David will be held Friday, August 5, 2022 from 3:00 PM to 6:00 PM at Kaul Funeral Home, 27830 Gratiot Ave., Roseville, Michigan 48066, followed by a memorial services at 6:00 PM. Fond memories and expressions of sympathy may be shared at www.kaul-fh.net for the Gaffigan family.
VER MÁS VER MENOS