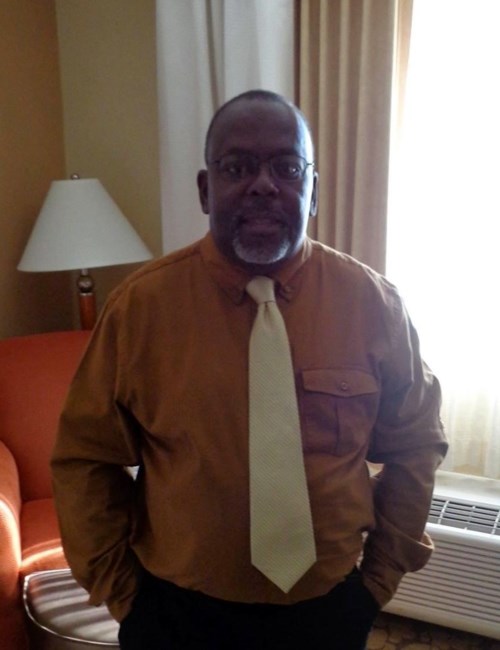 David J. Frith was born on July 15, 1956, to the late Mary Della Ross-Frith and Henry James Lewis in Boston, Massachusetts. He was raised by his great Aunt Ari Green (Deceased) and her husband. He was one of eleven children. On February 2, 1978, David J. Frith joined the U.S. Army where he received several decorations, medals, and badges. Some of which include the National Defense Service Medal, Sharpshooter Qualification badge, and multiple Good Conduct Medals. While in the U.S. Army on deployment to South Korea, he met his wife the late Chun Hui Frith. They dated several years, and upon return from another deployment to Germany, David and Chun were married in Seoul, South Korea on September 28, 1982. They had one child from this union. David and Chun were deployed stateside to San Antonio, TX at Fort Sam Houston Army base. It was at this base David received Medical Supply training and his Electricians license. He retired from the Army and made San Antonio his home. After leaving the Army, he immediately began working for Audie L. Murphy V. A. Hospital utilizing his Medical Supply training, and remained working for the government at the V. A. for over 38 years until he passed, where he earned the nickname “Super Dave”. David had many hobbies, talents, and was known for his ability to come up with a joke at any moment’s notice. He spent his free time working on his cars, spending time with his daughter, playing his guitar, and building computers. On April 5, 2020, David was granted his Angel wings and called home. He passed in the comfort of his own home, next to his travel buddy Gizzmo (the family dog). David is survived by his only child, daughter Christine Sifuentes; son-in law, John Sifuentes; grand-children, John A. Sifuentes, Lorenza Sifuentes, Gia Sifuentes; five sisters, Margie Walker, Sandra Frith, Victoria Frith, Juanita Lewis-Ross, Cassandra Lewis; two brothers, Johnnie Lewis, Kevin Chapman; alongside many nieces, nephews, cousins, and friends. A service will be held on August 15, 2022 at Sunset Memorial Park & Funeral Home in San Antonio, TX with burial service & Military honors to follow the service at Ft. Sam Houston National Cemetery. We will end with a small reception to celebrate the life of David Frith back at Sunset Memorial Park & Funeral Home. Fond memories and expressions of sympathy may be shared at www.sunsetfuneralhomesa.com for the Frith family.
VER MÁS VER MENOS