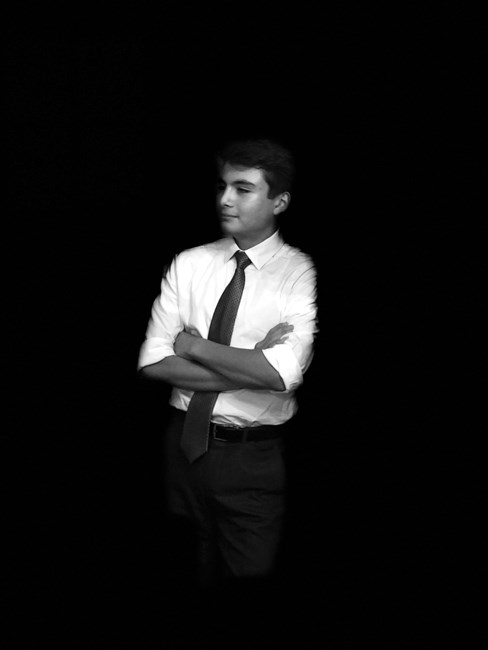 On Sunday, November 14, 2021, Ethan Isaiah Jackson, loving son and brother, passed away at the young age of 18. Born on March 25, 2003 in San Antonio, TX, Ethan was a beautiful and happy baby who smiled so effortlessly. As a baby, he loved so easily and was so very affectionate with his loved ones. Ethan loved to be hugged and kissed and often told his family how very much he loved them. Ethan graduated from Cornerstone Christian School in 2021 and began studying Criminal Justice at Sam Houston State University. Although his studies were cut short, Ethan’s drive for helping others was one of his defining qualities. Whether it was heavy lifting for his sister or yard work for his grandfather, if anyone had a project coming up Ethan was always the first to offer his help. If you needed him, he would be there. Some of Ethan’s loves include music, video games, and his dog Baxter who he humorously renamed ‘Bean’. He had many hobbies that he loved to share with others, but his greatest passion was food. He loved to experiment in the kitchen and always came up with new treats to share. If you told him you liked a certain food, he would learn to make it and find a way to put his own special twist on it. But his passion and creativity wasn’t just limited to food. As a little boy, Ethan would often sneak sips of his grandma’s coffee and it grew into a habit that followed him into adulthood. He had recently perfected what he called his “European coffee recipe” which he would always offer to family and guests whenever they visited. Growing up, Ethan went to all of his brother’s baseball games and could always be found in the dugouts chewing on bubblegum, telling jokes, and sharing stories with his dad and teammates. The unofficial little brother of the team, he was adored by all the other players who welcomed him as if he was one of their own. Ethan also played on his own teams, starting in YMCA, the Greater Helotes Little League and then moving onto the Junior Raptors where he was coached by his dad. Competitive to a fault, Ethan worked hard and always put his heart in the game, while also doing his best to motivate his teammates to do the same. Ever since he was a baby, Ethan loved the water. He couldn’t walk past a water fountain without wanting to stop and play in it. When he was five, he begged his parents for a fish which spurred a decade-long interest in growing and caring for both fresh and saltwater aquariums. Ethan was always a natural when it came to the water. Whether it was kayaking in La Jolla, white water rafting in Colorado and Tennessee, or deep-sea fishing off the gulf with his grandpa. At one point, he even wanted to be a marine biologist. He also deeply enjoyed playing and listening to music, even going as far as learning piano and guitar in his free time. Ethan’s love of playing instruments translated into a uniquely vast taste in music, and he enjoyed songs of nearly every genre and artist. When his parents bought a piano, he would practice daily, and continued to improve and refine his talents. He would often share songs and albums with his brother and sister that they could enjoy together, and you could often hear his family shouting at him to turn his music down throughout the day. Defined by his fierce personality and protective spirit, Ethan was so passionate about taking care of his loved ones. But even though he was fiery, he was also goofy and loved nothing more than to make others laugh. A true animal lover, Ethan’s compassion extended to all creatures. In his free time, Ethan volunteered at the San Antonio Humane Society where he met and adopted one of his best friends - his dog Baxter. If you would like to make a donation to the San Antonio Humane Society in Ethan’s name, you can visit https://e.givesmart.com/events/oJ6/c/:25FS8BsVJjG/. Thank you for any donations made in Ethan’s honor. Ethan was preceded in death by his grandmother, Elsa Spring. He is survived by his parents, Jennifer Zepeda and William Zepeda; parents Rudy Jackson and Meeghan Lautner; sister Samantha Jackson; brother Brandon Jackson; grandfather Judson Spring; aunt Raquel Collazo; uncle Randy Spring; and many other aunts, uncles, cousins and friends. Services will be held at Sunset Funeral Home, with visitation being held on November 23rd from 5 p.m. to 9 p.m. Services will be held on November 24th at 1 p.m., followed by interment at Sunset Memorial Park at 2 p.m.