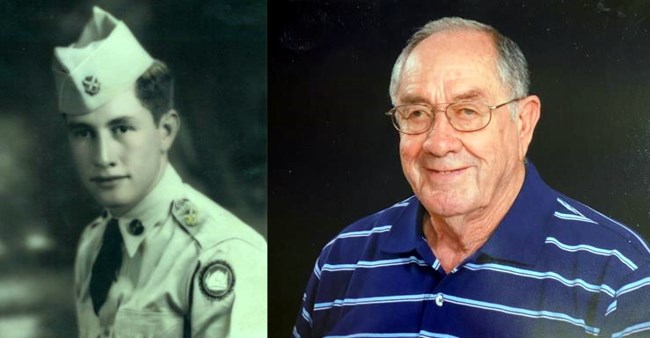 Virgilio Manuel Amparan, 92, of Austin, Texas, passed away May 4, 2022. Born in El Paso, Texas, on November 20, 1929, where he lived most of his life close to his son until he joined his three daughters in Central Texas 12 years ago. He served our country in the United States Army during the Korean War. Virgil started working at a young age resetting bowling pins (before automation) at the White Elephant bowling alley. He also worked at Price’s Creamery delivering milk. He worked for Meads Fine Bread until his final workplace at Oroweat where he worked for over 45 years. He is preceded in death by his parents Benjamin and Silvana Amparan, and his siblings Angelica Alvarez and Ruben Amparan. He is survived by his older brother Benjamin Amparan and his children Diane Majek (Mark), David Amparan (Kathy), Margaret Amparan-Gonzalez (Ric), Patricia Amparan Daniel (Michael Troy) his grandchildren, Christopher, Lindsay, Kyle, Erin, Richard Lawrence and his great-grandchildren, William, Henry, Maddison and Justice. He also leaves behind numerous nieces and nephews. Funeral Mass will be held at 11:45 a.m. on Friday, June 10, 2022, at St. Mark the Evangelist Catholic Church in San Antonio, Texas. His final resting place will be at Fort Sam Houston National Cemetery at 1:15 p.m. Virgil taught his children kindness, his most valuable lesson. He saw the best in people. All our lives we witnessed babies and animals drawn to him by his gentle nature. He had a quick wit and sharp sense of humor. He surprised us often with his one liners and had us laughing almost to the very end. He lived for football season and was a lifelong Dallas Cowboy fan. Those of us who still support them are hopeful that with dads help, he can pull some strings and get us to the Superbowl this season. Virgil was the kind of man who had an enormous amount of empathy towards others, and always left people better than he found them. We all pray that he is surrounded by love, beer, Mexican food, football and laughter. But mostly love because that is what he left us with.
VER MÁS VER MENOS