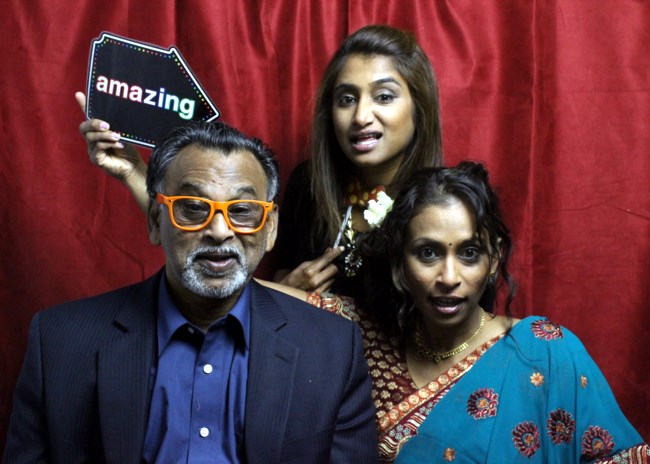 Bala Pandi was born on March 18th 1951 in Tiruvengadu, a village in the southern part of Tamil Nadu, India. He was the eldest of four children. He earned his Bachelor degree in Science and Master’s degree in Physics from Madras University. He then went on to the field of crystallography from Indian Institute of Science in Bangalore and taught at Bharathidasan University for 10 years. Afterwards, he travelled to London where he was a research fellow in molecular biology at the Birkbeck College in London and obtained his PhD. Making the move to the USA, he obtained a position as an Assistant Professor at the Center for Advanced Research in Biotechnology in Gaithersburg, Maryland. To arrive at his final home destination, he accepted a position as an Assistant Professor at the La Jolla Cancer Research Foundation in San Diego. Here he established a scientific computer center which utilized high speed computers to solve the mysteries of biological macromolecules. He published his book Structural Based Drug design, during this time. Later, he went on to start his own company Axiom Biotechnologies which developed technologies for drug screening and optimization. He joined CTK biotechnologies which manufactures and distributes Point of Care diagnostic test kits to more than 130 countries and served as Executive Board of Director for 10 years. As his last endeavor, he led the establishment of Athenese in India, a CTK company with diagnostic capability in India. As driven as Dr. Pandi was in his career, he had equal passions in his hobbies. He was a plant and flower enthusiast, an avid traveler and held a deep passion for technology, art and foods. Although he had numerous plants from around the world, he respected the art of bonsai and was often enamored by them. He spent much time at the Balboa Park, spending many hours at the Art Village (which he had the chance to visit days before his passing). Inspired by its artistic beauty and its engineering requirement, he built several Calder mobiles on the weekends. He saw beauty in many things to include culture and foods of different countries and would often recount his experiences to his friends and family. Later in his life, he became fascinated with planes and drones which drove him to invest in a company that sold model airplanes. He could often be seen at various hills practicing flying his RC planes. To some he may have seemed restless, but the truth was that he was eager to fit in all his passions in a day and leap to the next adventure. But of all his interests, he cherished his friendships the most, both from his younger years and the bonds he made later in life. Dr. Pandi passed away on November 23, 2020 surrounded by his loved ones. He leaves behind his loving wife Leela, his children Vidhya and Vanitha, his son in law Cade Johnson, and his grandchildren Surya and Caleb and many friends and colleagues who loved him dearly. His accomplishments were outmatched only by his generosity to others. If you know Dr. Pandi, we hope you remember the phrase he used most often, “That’s beautiful!” For those that can't join us in person, please join the zoom invite: https://zoom.us/j/98693196995?pwd=a2dTNUNhelh1N3JXbnd0SDQxd3kzUT09 Meeting ID: 986 9319 6995 Passcode: 525313
VER MÁS VER MENOS