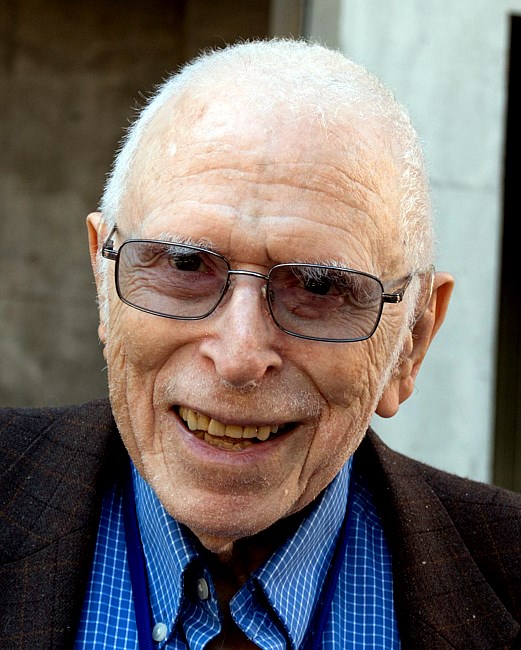 Murray Rosenblatt, Ph.D., UCSD Emeritus Professor, Mathematics, was born on September 7, 1926 in New York City the second son of Hyman and Esther (Goldberg) Rosenblatt. Murray Rosenblatt attended City College of New York before entering graduate school at Cornell University in 1946. After completing his Ph.D. in 1949, the newly married Murray and Adylin moved to Chicago where Murray became an assistant professor at the University of Chicago. Professor Rosenblatt’s distinguished academic career, establishing himself as a leading figure in probability and statistics, took him to the University of Indiana and Brown University before his joining the Department of Mathematics at University of California at San Diego in 1964. Dr. Rosenblatt was a fellow in the Institute of Mathematical Statistics, the American Association for the Advancement of Science, a Guggenheim fellow (1964, 1972) and in 1984 he was elected to the National Academy of Science. In 1994, Professor Rosenblatt retired from UCSD as Emeritus Professor, Mathematics. Survivors include his daughter, Karin Rosenblatt of Champaign, Illinois and his son, Daniel Rosenblatt of Live Oak, Texas. A memorial service will be held on Friday, November 1st, at 1:00 p.m. at El Camino Memorial Park, 5600 Carroll Canyon Rd, San Diego with burial to follow. Those wishing to honor Murray's memory may wish to donate to the "Murray and Adylin Rosenblatt Endowed Lecture fund" (F-2714). Donations can be made via the GivetoUCSD online donation page by clicking here: https://giveto.ucsd.edu/giving/home/gift-referral/4810f5ce-6b34-498b-9477-9de96de2b82c Alternatively, donations by check can be made by referencing fund number F-2714 and indicating that the gift is in memory of Dr. Murray Rosenblatt. Checks should be mailed to: UCSD Gift Processing Services, 9500 Gilman Drive MC 0940, La Jolla, CA 92093-0940
VER MÁS VER MENOS