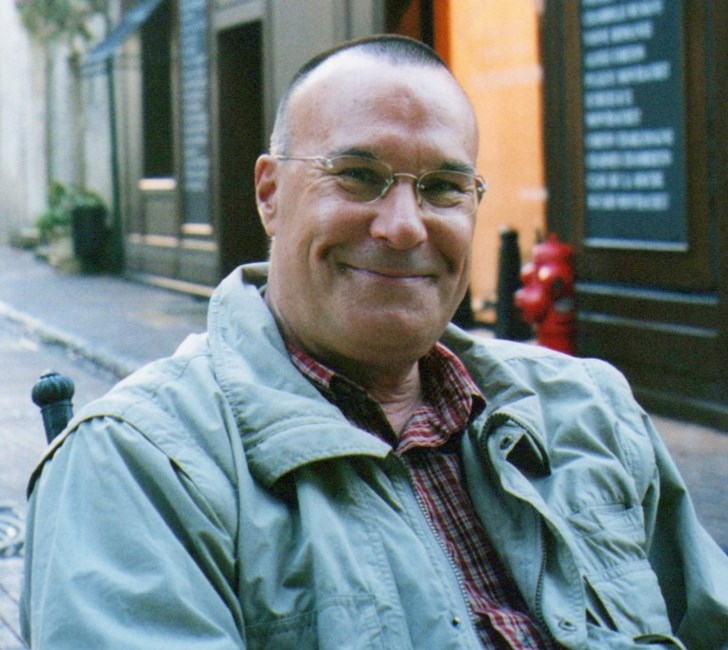 Charles "Jack" Bonno, age 79, of Los Gatos, passed away on Monday, October 25, 2021. Charles was born April 26, 1942. Charles “Jack” Bonno, 79, of Los Gatos, passed away at Belmont Village San Jose, after a courageous 11-year battle with Parkinson’s disease. A memorial service is planned at Oak Hill Memorial Park on Friday, June 10, 2022, at 1:30 p.m., Chapel of Roses. Private interment to follow. Born in Berkeley, California, on April 26, 1942, to French parents, Gabrielle and Marcelle Bonno, Jack was raised in an academic family. He had one sister, Andree, twenty years his senior and a nephew, Richard, who was like a brother to him. His father was a renowned French scholar and department chair at both UC Berkeley and UCLA. Jack often joked that he (Jack) did not speak a word of English until he entered kindergarten. His father transferred to UCLA when Jack was 12 where Jack continued his rigorous parochial school education, graduating from UCLA with a political science degree in 1964. He attended Hastings Law School for one year before deciding he wanted to broaden his understanding of the world – so he volunteered for the U.S Marine Corps Reserves, having no idea if he could get through boot camp. He succeeded in completing his service leaving with a tremendous sense of personal accomplishment and high regard for his fellow reservists and for military service. In 1967, after a short stint with a Vista volunteer program in Arkansas, Jack began work as the Student Campaign Chair on the San Francisco Kennedy for President Committee. In this role his love of politics, idealism and education were realized; only to be dashed the following year with the assassination of RFK. Ever a man of action, in 1969 he joined Dianne Feinstein’s first campaign for elected office to the San Francisco Board of Supervisors. After Feinstein’s win, Jack joined the San Francisco Redevelopment Agency working on the City’s redevelopment plan for the South of Market area - a role that launched his long career in real estate. Over the next 15 years, he worked in corporate real estate positions for Northwestern Mutual Life Insurance, Mattison & Shidler, and Sutter Hill Properties while at the same time serving as President of the Berkeley Planning Commission for five years. In 1990, he started his own real estate consulting business in which he represented financial institutions and technology companies negotiating leases and guiding clients through complex real estate transactions. During subsequent years, Jack expanded his business to include the management of residential planned unit developments. One of his favorite aspects of this work was the ability to help boards and owners identify problems and find win-win solutions. He found a way to utilize his tremendous political skill to benefit a wide range of clients. In 1988, he met his wife, Susan. They moved to Los Gatos and began a 33-year relationship that included his stepson, Brandon Rockwell (and later Brandon’s wife and sons), and Susan’s large extended family. Jack immediately became a son-in-law, brother-in-law and uncle to many nieces and nephews, a role he loved and enjoyed. Despite a demanding career, he always had time to help family and friends with educational pursuits, career advice and negotiating strategies whenever needed. He and Susan traveled extensively in Europe (France was his personal favorite) and they spent many happy family vacations in Hawaii. Jack had a sharp mind, quick wit and great sense of humor. He was a loving and supportive spouse, stepfather and friend. An exceptional conversationalist. A kind and generous human being who enjoyed finding creative solutions to challenges. He enjoyed theatre, film, art and opera. An avid reader of current events, history and religion, his two favorite pastimes were debating politics and exploring and understanding others’ points of view. Interests that served him well in life and work. Friends and family share a deep affection for Jack. He will long be remembered as the “life of the party.” Predeceased by his parents, sister, Andree, and her husband, C.R. Webb, he is survived by his spouse, Susan Rockwell, stepson, Brandon Rockwell (Hannah), two step-grandsons, Nash and Hayes, nephew, Richard McDaniel, and numerous in-laws, nieces and nephews. A memorial service will occur from 1:30 PM to 2:30 PM, 300 Curtner Ave, San Jose, CA 95125. A reception for Charles will be held Friday, June 10, 2022 from 2:30 PM to 4:30 PM at Oak Hill Funeral Home & Memorial Park, 300 Curtner Ave, San Jose, CA 95125. Committal Service - Private interment. Fond memories and expressions of sympathy may be shared at www.oakhillfuneral.com for the Bonno family.
VER MÁS VER MENOS