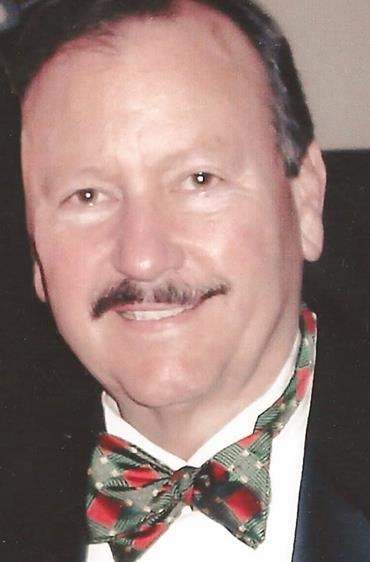 On Friday, May 6th, 2022, Frank “Beau” Raiford Hudson of Atlanta, Georgia, suffered a stroke and passed away on Sunday, May 8th, at the age of 81 after a multi-year battle with dementia. Beau was born in Decatur, Georgia, on January 25, 1941, to James Franklin and Mary George Raiford Hudson. Beau grew up in Decatur and graduated from the Georgia Military Academy. He attended the University of Georgia and graduated with a degree in chemistry. After college, Beau joined the military as an Army Ranger. He was very proud to have served as a First Lieutenant in the 82nd Airborne Special Forces Division, where he engaged in highly tactical parachute missions. He considered this to be one of his greatest accomplishments. He jumped out of over 50 airplanes and was deployed on special missions to Latin America. Soon after honorably serving his country, Beau began his lifetime career as a financial advisor. He started his career at Merrill Lynch, and later founded and managed the first Atlanta office for Raymond James, where he happily and successfully served as executive vice president for over 18 years. Beau’s love for nature, animals, and the great outdoors was beyond epic. He began fishing, squirrel and rabbit hunting, and exploring the woods as a young boy; he became an eagle scout before graduating high school. He continued his love of hunting and fishing throughout his life, and published articles about several of his adventures. He traveled the world hunting with his friends, and always made more friends along the way. He loved and honored his hunting trophies and enjoyed recounting the stories of how each of them came to him. He was an early member of the Burge Plantation Hunting Club in Mansfield, GA, and always said that was the only country club he would ever join. His favorite place to be was the farm he owned with his wife, Robin, located in Eatonton, GA, near Burge Plantation. He and Robin were married on the farm, hunted on the farm, and shot clays together at Burge. Beau’s kindness, ease, and sense of humor were evident to all who knew him.. He was a calm, quiet, and strong man, magically able to connect with anyone. He was the embodiment of a true southern gentleman and a patriot. Beau was an encyclopedia of facts on the Civil War. He was very proud of being a member of the Sons of Confederate Veterans. He was an avid reader and historian, and a collector of forgotten treasures, antiques, and antiquities. He enjoyed knowing the history of every bit of land he walked upon and was invested in understanding every place he went. He always loved Georgia most of all. Although perceived as quiet, Beau loved to entertain and dance to rock and roll music. He is survived by his wife of 17 years, Robin Howell Hudson, and his two daughters: Taylor Buffington Hudson Weston of White Salmon, WA, and Raiford Buffington Hudson Hyde of Tryon, NC. He is survived as well by his grandchildren, Lucy Boone Hyde and Warner Hudson Hyde, also of Tryon, NC. Services will be held on Friday, May 13 at 11:00 at Peachtree Presbyterian Church, 3434 Roswell Road, Atlanta, GA, 30305. In lieu of flowers, donations in Beau’s honor may be made to Operation Healing Forces at OHF.org, or to any cause close to your heart.
VER MÁS VER MENOS