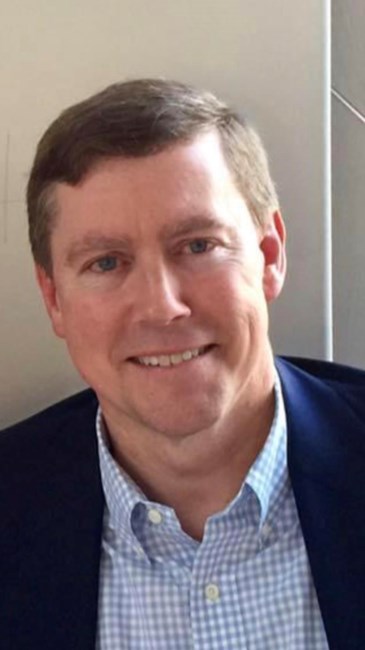 James Michael Edenfield of Atlanta passed away peacefully on Saturday, September 17th, 2022 at home surrounded by his wife and three sons. Mike was born in Atlanta, Georgia March 30th, 1958 to James Clyde Edenfield and Norma Thacker Edenfield. Mike went to Oak Grove Elementary and Lakeside High School where he played football and baseball. Mike attended the Georgia Institute of Technology where he was a member of Sigma Nu Fraternity and graduated with a degree in Industrial Management in 1981. After graduating, he began his career working at American Software where he received countless accolades for his outstanding performance in sales. After many years there, he founded a subsidiary of American Software, Logility Inc. He served as President and CEO from 1996 to 2015 and CEO and President of American Software from 2013 to 2015. Mike had many interests and activities. He was a member of the Piedmont Driving Club where he enjoyed playing tennis with his wife. He loved hunting, traveling, reading, listening to country/rock music, and spending time on Lake Lanier. Mike had many dogs that he adored spending time with and training. He was also a devoted baseball and basketball coach for all three of his sons. His favorite activity of all was watching Georgia Tech football and basketball with his wife, three boys, father, and fraternity brothers. Mike was diagnosed with early onset Alzheimer’s disease in 2014. After his diagnosis, Mike and his wife Page enjoyed traveling the world. The trip he enjoyed the most was a trip to Africa (Kenya and Tanzania) with Page and their three boys. In addition to his parents, Mike is survived by the love of his life, Page Moore Edenfield, and his sons Jay, Knox, and Michael (all of Atlanta). He is also survived by his sisters, Lisa Harwood and Elaine Edenfield (both of Atlanta). We would like to thank Mike’s caregiver, Philip Phiri, for his wonderful friendship and devotion. Visitation will be held on Wednesday, September 21st from 5:00 to 7:00 PM at H.M. Patterson Arlington Chapel, 173 Allen Road NE, Sandy Springs, GA 30328. A memorial service will be held Thursday, September 22nd at 1:00 PM at Second-Ponce de Leon Baptist Church, 2715 Peachtree Rd NE, Atlanta, GA 30305 In lieu of flowers please send contributions to Alzheimer’s Research: Attn: Kiana Matthews, Goizueta Alzheimer’s Disease Research Center, 1762 Clifton Rd. NE, Suite 1400, Atlanta, Georgia 30322 and Camp Westminster, 2412 Lake Rockaway Rd. Conyers, Georgia 30012
VER MÁS VER MENOS