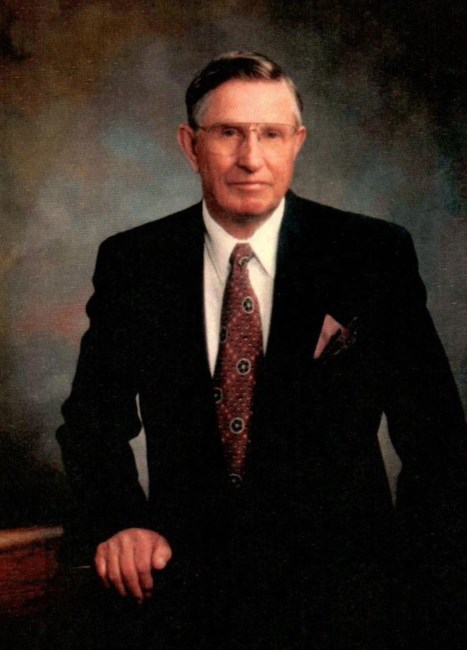 George Green was a beloved member of his church, his family, and his entire community. George passed away Sunday, September 11, 2022 at the age of 99. He was born on December 13, 1922 to loving parents Katherine and Conrad Green and was one of seven siblings. George grew up in the Scottsbluff Valley where he attended Victory Hill School, graduated from Scottsbluff High School in the class of 1940, and went on to attend Scottsbluff Junior College. George went on to purchase and own two successful farms, becoming a high ten sugar beet grower for eight years between 1960 and 1975. Though a hard working farmer, George consistently found time to give back to his community as a 4-H Leader and as Elder and President of the Church Council at St. James Lutheran Church. One of the most important parts of George’s life was sharing it with his cherished wife Leona Green (nee Reifschneider). They were married for 71 years before she passed. They had three beautiful children that were the lights of their life: George Lee Green, Loren James Green, and Suzanne K Green. George Green lived a life filled with love, integrity, and appreciation for God’s Plan. He is survived by George L. Green and wife Judy Green, Loren Green and wife Tricia Green, and Suzanne Green Johnston, and his four granddaughters Amy, Sara, Stephanie, and Charlotte and four great grandchildren Austin, Aiden, Lily, and Drake who will miss him dearly. He was preceded in death by wife Leona Green (nee Reifschneider), and siblings Mary (Jack) Reichert, Con (Florine) Green, Kate (Henry) Rieb, Henry (Sheila) Green, Annie (Henry) Aschenbrenner, Helen (Charles) Andrews. Visitation will be on Thursday, September 15, 2022 at 5 pm to 7 pm at the Dugan Kramer Funeral Home and funeral services will be on Friday, September 16, 2022 at 2 pm at St. James Lutheran Church. Burial will follow at Fairview Cemetery. Fond memories and condolences may be left at www.dugankramer.com.
VER MÁS VER MENOS