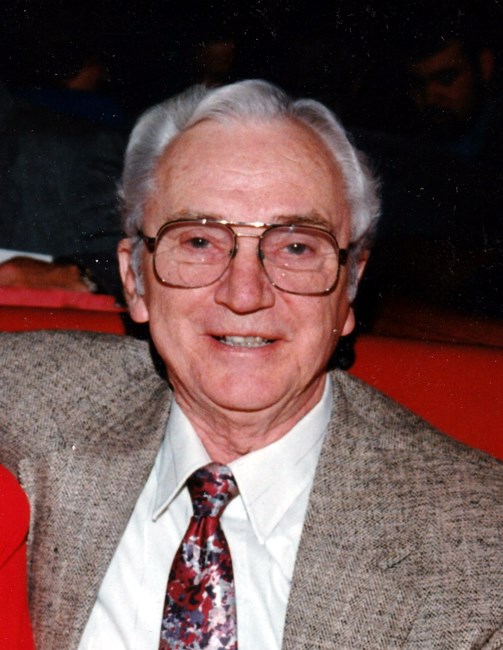 Edwin “Buck” Boehm, 97, of Shiner, Texas passed away on Monday, September 28, 2020 at Shiner Nursing & Rehab in Shiner, Texas. Funeral Mass is under the direction of Buffington Funeral Home in Shiner, Texas and will be held on Thursday, October 1, 2020 at 10:00 am at Saints Cyril & Methodius Catholic Church in Shiner, Texas with Father Bryan Heyer officiating. Interment will follow at Shiner Catholic Cemetery. Visitation will begin at 2:20 pm until 5:15 pm on Wednesday, September 30, 2020 at Buffington Funeral Home. A Rosary will be recited at 6:30 pm at Saints Cyril & Methodius Catholic Church on Wednesday, September 30, 2020. Buck was born on July 3, 1923 in Moulton, Texas, He was the son of Joseph A, and Margaret (Wenske) Boehm. He purchased the Ford Tractor Dealership in 1942 which later became New Holland. In January, 1943, Buck joined the US Army and obtaining the rank of Corporal while serving in the European Theater with the 1st Allied Airborne Army. He earned 3 Overseas Service Bars, American Theater Campaign Medal, EAME Campaign Medal with 7 Bronze Stars, Good Conduct Medal, Distinguished Unit Badge Company #85 WD, on November 3, 1944, and a Victory Medal. He received a Honorable Discharge on November 6, 1945. Buck served on the City Council for twenty one years, served on the Ford Tractor Div. Council, both State and National for six years. He was a 4th Degree in the Knights of Columbus, and a member of the American Legion and VFW. He married Marjorie Ann Kocian in June 1947. He liked driving his tractor out in the country, traveling abroad, and going west to the Rocky Mountains. Buck was a fan of Bob Wells. Buck is survived by two sons; Waldo Boehm and his wife, Janet of Shiner, Texas, Anthony Boehm of Bastrop, Texas, three daughters; Rosemary Lightsey and her husband, Roger of Bastrop, Texas, Bonnie Foster and her husband, Jack of Austin, Texas, Sharon Ahrens and her husband, Bobby of San Marcos, Texas, nine grandchildren, and twelve great-grandchildren. He was preceded in death by his parents; Joseph A, and Margaret Boehm, his loving wife; Marjorie, and one brother; Alvin Boehm. Pallbearers for Mr. Boehm will be employees of the Tractor Dealership. The family request memorials to: Saints Cyril & Methodius Catholic Churck / 306 S. Ave. F / Shiner, Texas 77984 To join the family in celebrating Buck’s life and to offer words of comfort, please go to: www.buffingtonfuneralhomeshiner.com
VER MÁS VER MENOS