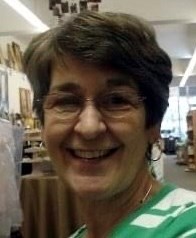 Teresa Jo McGill, age 70, passed away on September 21, 2022 at her home in Sikeston. On December 26, 1951, in Sikeston, she was born to the late Herman and Dixie Helms Ray. She married Charles McGill on November 24, 1978, in Sikeston, who preceded her in death on March 20, 2018. Teresa was a lifelong resident of Sikeston and was a member of the First Baptist Church in Sikeston. She was the owner of Personal Expressions until her retirement. She is survived by one son: Richard (Teresa) McGill of Sikeston; two stepdaughters: Tonia (Randy) Green of Cape Girardeau, Missouri and Charla (Slade) Robinson of Los Lunas, New Mexico; one stepson: Charles McGill, of Cape Girardeau; one sister: Brenda (David) Pinkley of Malden, Missouri; and two grandchildren, Isabelle McGill and Truman McGill; one special sister-in-law, Cindy Ray; and many special cousins, nieces, nephews and dear friends. In addition to her parents and husband, she was preceded in death by two sisters: Armetha Taylor and Tonnie Lambert; and two brothers: Dick Ray and Tom Ray. Visitation will be held on Saturday, September 24, 2022 from 3 p.m. to 5 p.m. at Nunnelee Funeral Chapel in Sikeston. Funeral services will follow at 5 p.m. with her son, Richard, officiating. A private inurnment will be held at Memorial Park Cemetery in Sikeston at a later date. Fond memories and expressions of sympathy can be shared at www.nunneleefuneralchapel.com for the McGill family.
VER MÁS VER MENOS