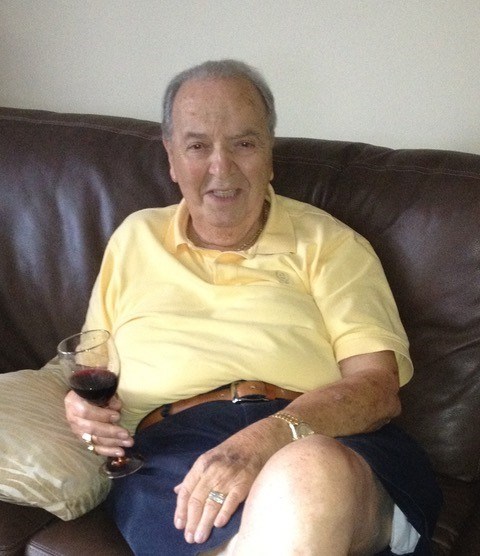 Irvin B Blass of Chevy Chase Maryland and Naples, Florida peacefully passed away on Friday September 16, 2022 at the age of 97. Irvin was predeceased by his two sons Steven Blass & Dr. Gary Blass. He is survived by his beloved wife Annette, his devoted daughter Wenda Behrens and Son in law Dr. Alan Behrens, cherish grandchildren Dr. Marcus Behrens (Mary), Lindsay Meirowitz (Alex), Skyler Mauck (Heather), Brandon Blass (Nezzy) and Dacia Blass. As well as five Great Grandchildren Jack Meirowitz, Sloan Meirowitz, Alexsandrea Parsons, Henrik Mauck and Wiley Blass. In addition, Irvin had many nieces and nephews whom he adored. Irvin & Annette were married just shy of 75 years. Always in love as they were in1947. Irvin was born in Baltimore Maryland. He served in the United States Army Air Force on Guam as a sergeant during World War II. He was a proud member of the 3rd photo reconnaissance squadron. Once Irvin returned home, Irvin began buying and selling cars. His entrepreneurial skills led him to open Sun Motors in Arlington, VA. He was dedicated and devoted to his family. He was respected to all who knew him. He would always make you laugh with his jokes. Irvin’s family is proud and honored for the life he lead and the values he exemplified. He was a mensch. Funeral and Internment will be held on Monday September 19, 2022 at Judean Gardens 16225 Batchellors Forest Road and Georgia Avenue. Olney, Maryland. Shiva will be held on Monday after internment and Tuesday afternoon through the evening. Donations in Irvin Blass’s memory may be made to St. Judes Children’s Cancer Hospital and to Ohr Kodesh Congregation in Chevy Chase, Md.
VER MÁS VER MENOS