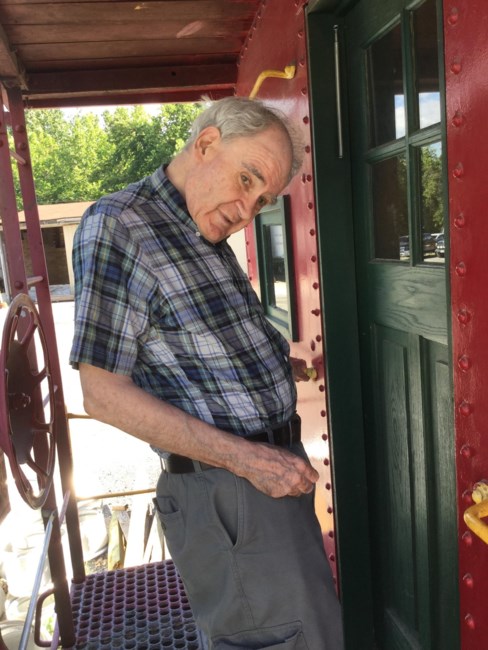 Robert Seymour Carper, age 89, passed away surrounded by loved ones at Holy Cross Hospital in Silver Spring, Maryland on August 9th, 2022. Robert was born on July 18th, 1933 to Phillip and Sadie Carper in Rochester, NY. A gifted student, Robert earned his Bachelor of Science degree in Chemical Engineering from the University of Illinois in 1955. Upon graduation, he returned to Rochester, NY and worked for Eastman Kodak. In January 1957, Robert enlisted in the United States Navy in a six-month program to fulfil his active service military obligation. He was honorably discharged from active duty and transferred to the Naval Reserve in June 1957. He accompanied a friend to a dance in Pittsburgh, PA, where he met his future wife, Fern Gayle Whitman. They married in 1958 and moved to Rochester, NY to begin their life together. In July 1959, Robert and his wife celebrated the birth of their first child, Pamela. Soon after, Robert relocated his family to Pittsburgh, PA where he worked for Westinghouse Corporation. In April 1962, he and his wife were blessed with their second child, Bruce. Working full time and raising a family, Robert went on to earn his Master’s in Business Administration from the University of Pittsburgh. He later, served as the Director of Administrative Services for the Southwestern Regional Planning Commission. He moved his family to Potomac, MD in 1971 and worked for the Honeywell Corporation. After leaving Honeywell, he started his own management consulting firm specializing in the design and development of minicomputer-based management information systems. Robert was an avid train and railroading enthusiast, a hobby and passion which started at age nine and one that he continued to enjoy throughout his entire life. He coupled his love of trains and photography and authored two books, “FOCUS-The Railroad in Transition” in 1968, and “Americas New Railroads” in 1980, as well as several articles on railroading. He was honored by the Rochester-Genesee Valley Railroad Museum by having thirteen of his rail photos printed in their 2008 calendar.He is survived by his son Bruce Carper and his wife Victoria of Gaithersburg, MD, daughter Pamela Orlando and her husband Paul of Lewes, DE; his grandchildren Brandon Plakas and his wife Kerianna, Kristen Bargmann and her husband Nick, Sean Matthew Carper, Madalyn Carper, and his two great grandchildren Evelyn and Lydia Bargmann. Robert was preceded in death by his parents, his grandchild Sean, and his wife of 56 years, Fern. Robert will be remembered for his dry, witty sense of humor, love of classical music, love of bread (especially white and pumpernickel), and his uncanny ability to rise above any adversity that he encountered in his life. His loving devotion to his wife before her death served as an inspiration and lasting example to his children. He will be greatly missed, but never forgotten by those who loved him. Memorial donations may be made in Robert’s name to FBHS, c/o Jewish Social Service Agency, 200 Woodhill Road, Rockville, MD 20850.
VER MÁS VER MENOS