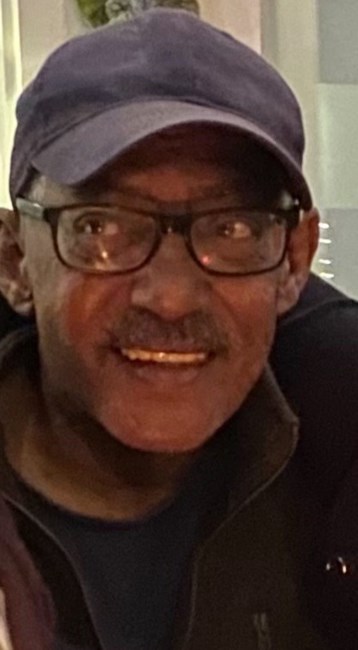 Isidore B. “Dewey” Mete, 61 of Dartmouth passed away unexpectedly Sunday, September 18, 2022, surrounded by his loving family in Beth Israel Hospital. He was the son of the late Viriato P. and Maria (Burgo) Mete. Born in Brava, Cape Verde, he was a graduate of New Bedford High School and attended Southeastern Massachusetts University. He was employed as a Forest and Park Supervisor II, for the State of Massachusetts/Department of Conservation and Recreation. He worked more than 36 years, assisting the citizens of the commonwealth at Horseneck State Reservation and Myles Standish. Dewey worked at many locations during his career including the Hetland Memorial Skating Rink, Purgatory Chasm State Park and Pilgrim Memorial State Park. Dewey loved his family dearly, he enjoyed his home, relaxing in his room, playing video games, watching The Game of Thrones and SCI-FI movies. Affectionately known as the Budweiser Guy, Dew Meister, he was a lover of Robes and also known as the disco king by those who knew him on the dance floor. He was a gentle and kind soul, he “lived to love all”. Dewey is survived by his siblings, Cecilia Brito and her husband Vicente of Dartmouth, Ivone Richards of New Bedford, Joseph Mette and his wife Eugenia of New Bedford and Joao “John” Mete and his wife Anna of New Bedford; many nieces and nephews, great nieces and nephews and many godchildren. He was the brother of the late Candida Mete Boisvert. Isidore’s funeral service will be held on Saturday, September 24, 2022 at 9:00AM in the Waring-Sullivan Home at Dartmouth, 230 Russells Mills Rd., Dartmouth, MA followed by a Mass of Christian Burial in St. Lawrence Martyr Catholic Church, 565 County Street, New Bedford. Visitation Friday from 4:00 to 7:00PM. Burial will be in St. John’s Cemetery. To leave a note of condolence: www.waring-sullivan.com
VER MÁS VER MENOS