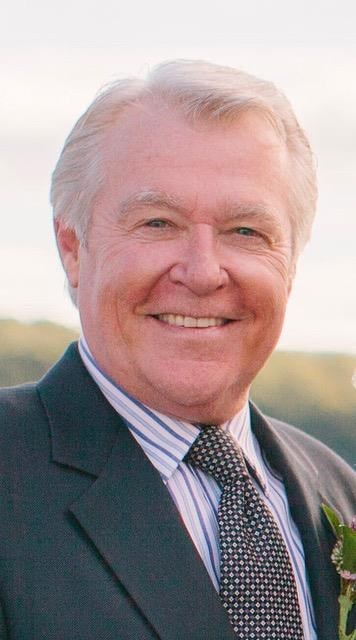 Gerald “Jerry” M. verDorn, 72, died peacefully at home on Sunday, May 1, 2022, after a months-long cancer illness. Jerry was born on November 23, 1949 in Sioux Falls, SD to the late Jake and Janice Verdorn and grew up living in various parts of South Dakota, North Dakota and Minnesota. He graduated from what is now Minnesota State University Moorhead, where he started out with plans to be an English teacher. He ended up, however, in the theatre department and had major roles in dozens of productions and many seasons of summer theatre. He also spent a year studying at an acting academy in London. After graduation, Jerry was cast in a New Jersey production of a play that eventually moved to the Folger Theatre in Washington DC, where he was spotted by a manager who urged him to come to New York City. He did go eventually, but first he returned home for more summer theatre and marriage to his college girlfriend, Bethea “Beth” Stewart, in Fargo, ND on June 4, 1977. He and Beth then packed everything they owned into a Plymouth Duster and headed to the Big Apple. Later that year Jerry appeared at Rutgers University in the Eric Bentley play Are You Now or Have You Ever Been? which eventually moved to an Off-Broadway theatre and then to Broadway. Simultaneously, he understudied George Grizzard in the lead role of Shaw’s Man and Superman on Broadway and played matinee performances for several months, making him one of the few actors ever to perform in two Broadway shows at the same time. CBS Guiding Light casting agents saw him in the shows, and he joined that daytime drama in March 1979 as attorney Ross Marler, a role he played until 2005 and for which he earned two Daytime Emmy Awards and four additional nominations. Jerry moved to ABC One Life to Live in October 2005, recreating the role of Clint Buchanan until that show and its online revival ended in 2013 and he retired after 34 years on daytime television. During and after his long acting career Jerry co-hosted an annual benefit called Stars and Strikes, where fans could bowl and mingle with favorite daytime drama actors. He helped raise thousands of dollars for both the American Cancer Society and Autism Speaks over the course of 17 years. He and his wife Beth started their relationship while acting together in a university production of Anne of a Thousand Days. Jerry was King Henry VIII and Beth played the role of Jane Seymour, who was to become Henry’s future wife. Little did they know that their roles would lead to a nearly 45-year marriage, two wonderful sons and daughters-in-law, and three loving grandchildren. Jerry was an avid reader, NY Times crossword aficionado, and diehard Mets fan. His sons fondly remember their many trips to Shea Stadium and Citi Field and the endless times he supported them at all their school and town sporting events. He was an accomplished cook and especially relished making his famous—and delicious—holiday meals. He also played the piano and loved listening to music throughout each day. In his younger years he and his mountain bike rode trails all over Sussex County, but more recently he enjoyed just walking the dog several times a day. Jerry’s colleagues, friends, and family appreciated his amazing wit and the generosity he always showed, making those who knew him feel welcomed and respected. He was a gifted speaker, talented actor, loving husband, father, brother and uncle, but of all the roles he played in his life, his favorite was that of “Papa” to his three grandchildren. He is survived by his wife Beth of Sparta; his sons and daughters-in-law Jake and Laura verDorn (RI) and Peter and Erin verDorn (FL); his sister Bonnie Simpfenderfer (TN) and brothers Jim verDoorn (CA) and Dan Verdorn (WA); several nieces, nephews, and cousins; and those three treasured young grandchildren: Benjamin and Nora verDorn (RI) and Penelope verDorn (FL). A private memorial celebration will be held at a later date this summer. In lieu of flowers, contributions in Jerry’s memory can be made to the American Cancer Society, Autism Speaks, the Actors Fund, or a charity of choice.
VER MÁS VER MENOS