In order to maintain a level of safety, masks are required regardless of vaccination status. 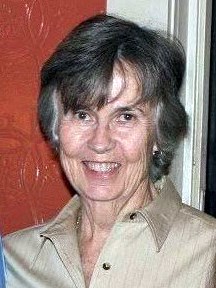 Maureen Curtis Kershaw died peacefully in her sleep on January 22, 2022. Maureen was born in New York City in 1945, the daughter of Edmond and Hanora Flaherty. She leaves behind six children, two stepchildren and 15 grandchildren. After graduating from Hunter College, Maureen moved to Sparta, NJ, with her husband Tom in 1971. They loved the small town and built a happy and rewarding life together, until Tom’s death in 1981. Maureen remained in Sparta, raising their children and devoting herself to volunteer work in the community and at Our Lady of the Lake church. Maureen was most passionate about Birth Haven, a 501 c(3) that provides shelter, support and education for homeless pregnant women and girls, which she helped found in 1985, and where she served as a board member. Maureen received a master’s degree in Counseling from Montclair University in 1989, and for many years she worked at Sussex House, a rehabilitation and recovery day program for adults experiencing psychiatric illnesses. She taught patients how to manage their illness and improve their social and vocational functioning. After marrying Theodore (Ted) Kershaw in 2004, Maureen lived and worked in private practice in Gaithersburg, MD, for several years before returning to Sparta to be closer to her family. Always up for an adventure, Maureen loved traveling, especially spending time at the sea, from the Rockaways and the Jersey Shore to Southern California, Cape Town and her ancestral town of Castlegregory, Ireland — not to mention the Seneca Lake beach where she delighted in hosting friends and family in recent years. She was happiest spending time with her loved ones and would never hesitate to get on a plane or drive hours to see friends, many of whom had been in her life since childhood, relatives and grandchildren. Nothing gave her more pleasure than a beautiful sunset, and her grandchildren all knew that to text “Graham Cracker” a picture they’d taken of one would absolutely make her day. Maureen leaves behind her devastated family, including her children: Colleen Curtis, Pegeen and Larry Skennion, Tom and Vicky Curtis, Elizabeth Curtis, Patty and Ben Bontekoe and Peter and Megan Curtis, stepsons Tod and Sean Kershaw and her beloved grandchildren Abagail and Elijah Kirat; Brendan, Jack, Bridget and Liam Skennion; Quint and Kevin Curtis; Will, Sam and Lucy Bontekoe; Peter and Frances Curtis; and Jude and Mica Kershaw; and her sister-in-law Mary Flaherty. She was pre-deceased by her husbands, Thomas J Curtis and Theodore Kershaw, her brother Edmond Flaherty and her sister and brother-in-law Patricia and John Monahan. Visiting will be held on Thursday, January 27 from 2pm-4pm and 7-9pm at Goble Funeral Home, 22 Main Street, Sparta, NJ. A funeral mass will be celebrated 10am Friday, January 28 at Our Lady of the Lake R.C. Church, 294 South Sparta Avenue, in Sparta with burial to follow in Sparta Cemetery. In lieu of flowers, nothing would have made Maureen happier than donations made to Birth Haven in her memory. 4 Academy Street, Newton, NJ 07860
VER MÁS VER MENOS