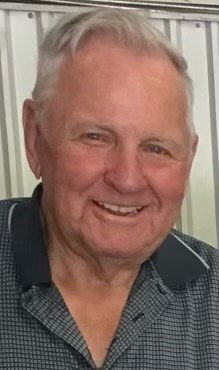 Robert John (Gig) Gallagher passed peacefully May 6, 2022, at his home in Florida with his loving wife by his side. He was 93 years young. He leaves behind his wife of 43 years, Patricia Straw Jones Gallagher and a large blended family. Daughter Kathryn and husband Stephen Crook, daughter Linda and husband Richard Smith, Sandra and her husband Robert Hussey, and Lauren Bunker. Bob also leaves behind three step-children that he helped bring up as his own, Laurie and her husband Thomas Doody, Oakley Jones and wife Kelly Jo Jones, Kyle Jones and fiancée Darlene Smith. Also, fifteen loving grandchildren and 12 beautiful great grand babies and several nieces and nephews. He was predeceased by his parents Edward J Gallagher and Lucie Mae Shay and two brothers Edward and Richard. Bob was born in Boston, MA and raised in Quincy, MA where he attended North Quincy High School and went on to graduate from Boston College with a bachelor of arts in business administration and accounting. Bob’s parents did not have the $300 that was needed for him to start Boston College. His dad suggested he join the Army and calculated all the benefits for him. On Monday morning Bob was at the recruiting office. In March of 1948 Robert J. Gallagher was honorably discharged from the US Army Medical Detachment and the 772 Military Police Battalion. Bob grew up in a sailing family in Walliston, MA. Following in his grandfathers and father’s footsteps he joined the Squantum Yacht Club at the age of eighteen and became a lifelong member. He was fourteen when he bought his first boat with money he saved from his magazine and paper route. He and his father rebuilt it so he could join the racing fleet with his brothers Ed and Dick. The Gallagher brothers were well known to the Yacht Club racing circuit. Bob was an avid skier, joining the Old Colony Ski Club in North Woodstock, New Hampshire at an early age, he was captain of the BC Ski Team, and skied many of the mountains of the US, Canada and Europe. But his favorite was Wildcat Mt. in New Hampshire, where he and his family had life time passes. Gig, as he was affectionately called, skied until he was 86. In later years, after retirement from the Sisters of St. Joseph in Boston, and Financial Administrative Assistant, he and his wife enjoyed many years sailing and living aboard their sailboat and then switching to Motor Coaching in their diesel pusher seeing a great deal of the United States, golfing all the way. They finally settled in Florida at Travelers Rest Resort to enjoy community living and golfing. A memorial graveside service will be held at 11:00 AM on Saturday, June 25, 2022 at the Pine Grove Cemetery in his beloved town of Fryeburg, Maine. In lieu of flowers, please make a contribution to your favorite charity in Bob’s name.
VER MÁS VER MENOS