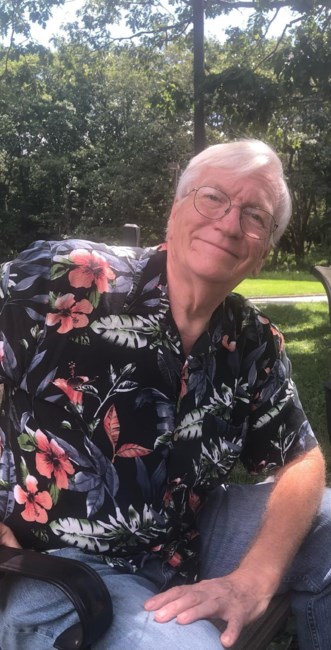 Jeffrey (Jeff) Scott Dennison, age 64, of Stafford, Virginia passed away on Friday, July 22, 2022, from a long-term illness at Ashland Nursing and Rehabilitation Center surrounded by loved ones. Jeff was born at Austin Hospital to Jeanette and Mark Dennison on October 15, 1957. He graduated from Austin High School in June of 1976, later receiving his bachelor’s degree in Computer Science. As a young man, Jeff played ice hockey, worked at the A&W Root beer stand, had a paper route, and worked on the Dennison family farm. He raised and showed pigeons with his brother Mitch in the Southern Minnesota Pigeon Association winning many trophies. He enlisted in the United States Marine Corps in 1976 serving as a military policeman in California and Virginia. Later in his military career he served as a computer programmer in Quantico, VA. While in the service, Jeff earned the rank of Sergeant, was honorably discharged on February 16, 1984. Following his discharge, he had a 28-year career working as a computer consultant at Radcor, Geico, and National Geographic. Jeff also worked as a payroll manager at Nutrition Inc. Upon retiring in 2013 Jeff enjoyed volunteering for Disabled American Veterans (DAV) and taking his wife on long rides to the mountains. Jeff was previously married in Austin, MN in 1977, later divorcing. The union was blessed with one child, Chandra. On October 19, 1985, he was united in marriage to Linda Sue Falls at Rockhill Baptist Church in Stafford, Virginia. Jeff was an avid hunter, fisherman, and Master Falconer. His Master Falconry adventures included capturing birds of prey, training them, and releasing them back into the wild. As a Master Falconer, Jeff was interviewed on television and by the Austin Daily Herald. He enjoyed going on adventures, hunting Antelope and deer in Wyoming and bear and deer in Canada. He enjoyed taking his children and grandchildren on fishing trips and educational adventures. Jeff was well known for his quirky sense of humor, always making others laugh. He will be greatly missed by his family and friends. Jeff is survived by his wife, Linda Sue Dennison, Stafford, VA of 36 years; his daughter, Chandra (Jeremy) Karsten of Rochester, MN; two stepchildren, Susan (Cody) Noe of Fredericksburg, VA; step daughter, Shellie Roach of Stafford, VA; five grandchildren, Anna Karsten of Rochester, MN, Owen Karsten of Rochester, MN, Emme Karsten of Rochester, MN; Kyle Noe of Fredericksburg, VA, Callie Fox of Fredericksburg, VA; his mother, Jeanette Dennison of Austin, MN; three siblings, Kerry (Wendy) Dennison of Rochester, MN, Mitch (Linda) Dennison of Austin, MN, Beth Johnson of Austin, MN; one sister-in-law, Mabel Doggett of Alderson, WV; one aunt; nieces and nephews, and many cousins. Jeff was proceeded in death by his father, Mark Dennison and many beloved falconry birds and dogs. A Celebration of Life will be held at Mullins and Thompson Funeral Service on August 6, 2022, 4pm - 6pm in Stafford, VA (dinner to follow) and at the Ruby Rupner Auditorium at the Jay C. Hormel Nature Center in Austin, MN August 21, 1pm – 3:30pm CDT. In lieu of flowers, the family requests memorials be made in honor of Jeff at your favorite Military nonprofit organization.
VER MÁS VER MENOS