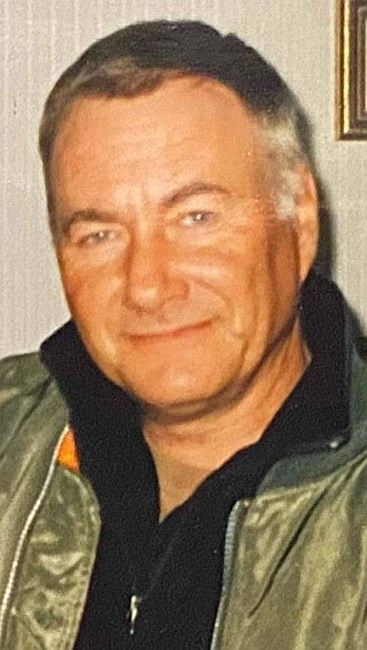 Louis J. DePaolis, age 68, of Saylorsburg, Pennsylvania passed away on Thursday, May 5, 2022. A visitation for Louis will be held Monday, May 16, 2022, from 5:00 PM to 9:00 PM at Casey McCallum Rice South Shore Funeral Home, 30 Nelson Avenue, Staten Island, NY 10308. A funeral service will occur Tuesday, May 17, 2022, from 9:00 AM to 9:30 AM, at the funeral home, followed by a committal service at Washington Crossing National Cemetery, 830 Highland Rd, Newtown, PA 18940 from 11:30 AM to 12:00 PM. Louis ('Lou") was born to Gilbert and Dolores DePaolis on October 4th, 1953 in Brooklyn, New York. He was a very avid reader, absorbing anything he could find about his love of history and science. After receiving a Master’s Degree in Geology, he became an Adjunct Professor for the College of Staten Island teaching both Geology and Physics for several years. For the past 7 years, Lou had lived in the Poconos in Pennsylvania. He had a passion for animals and nature, and his little house in the backwoods gave him the opportunity for target shooting, star gazing, animal visitors, and enjoying the great outdoors. Lou had no greater love than sharing his passions with his daughter Nova, granddaughter Elizabeth, and his family. Lou joined the United States Army in October of 1976 serving in HHC 1-101st Calvary, and later in the New York Army National Guard and Reserve. As a member of the United States Army, his primary specialties included that of a Combat Engineer and a Construction Surveyor. Lou retired from service to our country after 28 years as a Staff Sergeant E6. He was then employed by the Army Corp of Engineers. It was at this time when he was called back into active service for the New York Army National Guard and United States Army to guard the World Trade Center “Ground Zero” site aiding with recovery efforts both at Ground Zero and the Fresh Kills Landfill. When called upon to perform his duties, Lou did not hesitate even though there was much uncertainty as to the dangers associated with such a hazardous environment. He was very proud of his achievements during that time, among them being “The Army Achievement Medal” for his service during the first four months after September 11th, The Army Service Ribbon, and Sharpshooter Qualification Badge. Lou is survived by his daughter, Nova DePaolis, granddaughter, Elizabeth Ponton, sisters and brothers in-law, Donna & Frank Clemente, Florence & George Miller, and Gail & Kevin Murphy, one niece and five nephews, three great-nieces and two great-nephews. He was a beloved father, grandfather, brother, uncle, and brother-in-law. Lou left us way too early. He will be missed dearly and will always and forever be in our hearts.
VER MÁS VER MENOS