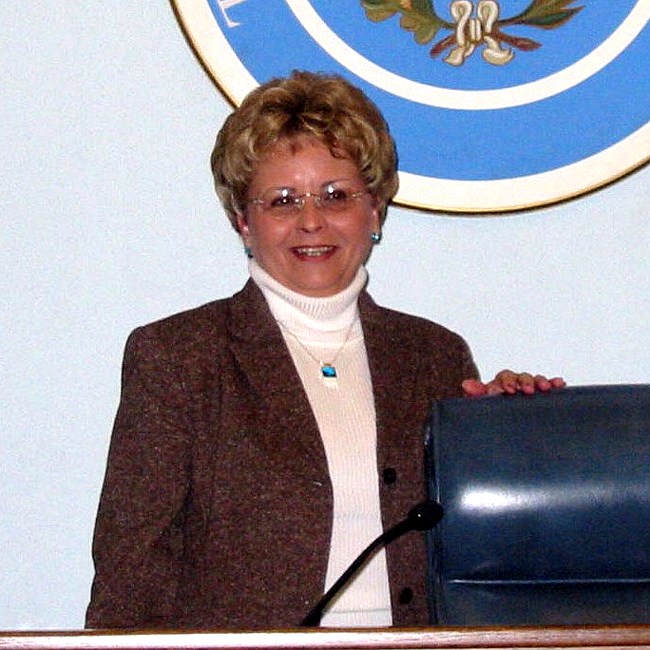 Patsy Ann Nuspliger Schultz, 73, of Schulenberg, Texas passed away on January 17, 2022. Patsy was born on June 2, 1948 in Lowville, NY to Charles and Ruby Nuspliger. A few years later, The Nuspligers relocated their family to Wharton, Texas, where Patsy grew up, graduating from Wharton High School in 1966. She met and married Steve Schultz of Wharton. In their 30 years together, they made their home in Richmond, Texas, and raised two daughters. From 1989-2004, Patsy worked her way up within the office of the Fort Bend County Tax Assessor-Collector, beginning as a counter clerk and eventually earning the State Board of Tax Professional Examiners Certification. In 2004, she officially joined the race for the position of Fort Bend County Tax Assessor-Collector. She could be seen on the campaign trail, her young granddaughter at her side proudly proclaiming, “Vote for Nana!” This successful campaign led to a 15-year incumbency, from which she retired in 2020, thus ending her 30 years of diligent service to Fort Bend County. Her well-deserved retirement was spent sipping coffee on the porch of her peaceful country home in Schulenberg, Texas—her companion Bobby at her side and two spoiled dogs at her feet. She found the most joy spending time with her children, grandchildren, and sisters. She is survived by life partner Bob “Bobby” Weddle, daughter Stephanie Norwood and her husband Michael of Carmine, daughter Monica Canady and her husband Jerry of Porter, grandchildren Lauren and Luke Canady, sister Maxine Coppinger and her husband Michael of La Grange, sister-in-law Mechelle Nuspliger of Rosenberg, sister Mary Knight and her husband Ed of Weimar, sister Phyllis Massey and her husband Denny Morgan of Belden, Neb., several nieces and nephews, and many great-nieces and -nephews. She was preceded in death by her father Charles Nuspliger, Sr., mother Ruby Nuspliger, brother Charles Nuspliger, Jr., sister Joan Miller, nephew Jeremy Nuspliger, and former spouse Steve Schultz. Her dedication to the Fort Bend community was exceeded only by her dedication to her family and friends. She was a pillar of strength for many and her absence will be felt deeply by those who knew her. A public visitation will be held on Thursday, January 20th from 5pm-7pm with a funeral service to follow on Friday, January 21st at 11:00am: Settegast-Kopf at Sugar Creek 15015 Southwest Freeway Sugar Land, TX 77478 In lieu of flowers, please send donations to St. Jude Children’s Research Hospital
VER MÁS VER MENOS