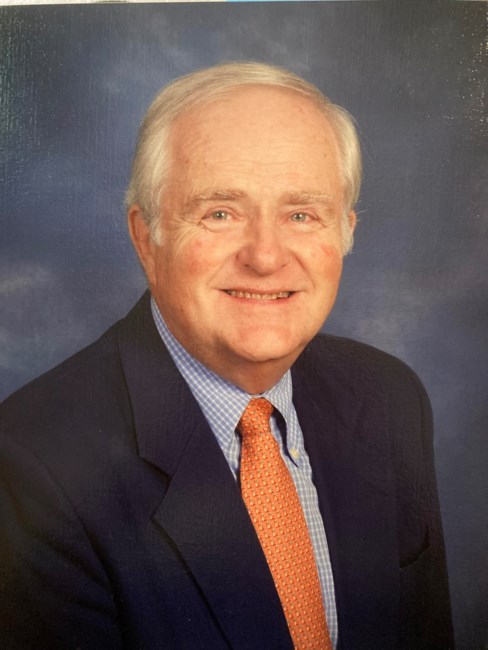 Roger Winfield Scott of Tucker, GA, a beloved father, grandfather, brother, uncle, cousin and friend, went to be with the Lord in the Heavenly Triumph peacefully on July 20, 2022. He died at Atlanta Medical Center after recovering from a broken hip. Roger was excited to turn 80 this past November and lived by the Scripture, “This is the day that the Lord has made. Let us rejoice and be glad in it”(Psalm 118:24). Roger was born in Oak Park, IL and raised in Wheaton, IL until he moved to Atlanta, GA with his family in the sixties where he met his wife, Peggy, and they were married until she died in 2012. Roger had a servant’s heart and enjoyed playing golf, tennis, ping pong, and all kinds of board and card games with his family and friends. He also loved to watch and talk about all sports, especially college football. Roger was proud that he was an Honorary Rotarian having thirty-six years of perfect attendance. He remembers accepting the Lord as his Savior in 1950 at Lake Geneva Youth Camp and has served the Lord ever since by shining His light in all he did such as his career as a cemetery manager for 37 years and being active in his church as a Deacon. He is survived by his two daughters, Tricia (Ronnie)Young, Sally (Joe) Tortorella; Four grandchildren, Cameron Young, Winn Bondurant, Mia Tortorella, and Lyla Tortorella; His sister Joyce Rees and his partner of seven years, Iris Scheffel. The family invites you to join them in celebrating his life. Friday, July 29 at Floral Hills Funeral Home (3150 Lawrenceville Hwy) for visitation from 4pm-7pm. Funeral will be on Saturday, July 30th 11am at Briarlake Baptist Church (3715 Lavista Rd.) In lieu of flowers, donations can be made to either Youth Camp Amplify (PO Box 1958 Dacula, GA 30019), TMS Global(TMS-Global.org/give) or Briarlake Baptist Church. Fond memories and expressions of sympathy may be shared at www.floralhillsfuneral.com for the SCOTT family.
VER MÁS VER MENOS