To view the funeral mass of Mi-Yong please visit https://www.youtube.com/c/saintmichaelparish/ 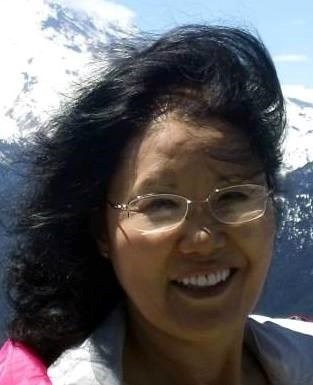 Mi-yong was born in 1946 just outside Seoul, Korea, 2 years after the Japanese Occupation of Korea. Her parents owned a textile manufacturing plant. She was her mother’s first born. When she turned 4 years old, she remembered sitting on her father’s lap as he was feeding her and promised to get her a red bicycle. This would be the last time she saw her father because the Korean war started in 1950 and he went off to fight and never returned. Mi-yong lost her sister, Mi-ran, during this war and she never forgot her. She told me about her poverty, starvation, and hardships during the war and after. She had a very difficult childhood. Mi-yong met her husband to be, William Gilman, in Seoul, Korea while he was serving in the Army in 1972. William was taking Korean language classes and met her on a blind date. This became a turning point in her life when he proposed to her and she moved to the United States. They were married on March 10, 1973 at St. Mary’s Church in Centralia, WA. Mi-yong moved then to be with her husband in Germany where she conceived their daughter, Mi-na. Mi-na was born on Easter Sunday morning. Mi-yong worked hard all of her life. She wanted to have a trade, so she went to Centralia College and learned to be a keypunch operator. Later she attended Puget Sound Community College and earned an Associate of Arts Degree. She advanced to a computer operator position with the Washington State Patrol until she retired. She blossomed in the United States and received the education so long sought but was denied in Korea during her youth. She enjoyed playing her harp, cooking, singing, and hiking. After her retirement, she played the harp at the bedside of the sick for Hospice for 5 years. She learned to play the harp after retirement from the State of Washington. She sang with the Sweet Adelines women’s group in Olympia, WA, and Tucson, AZ. Where there was a hiking trail, she would seize it no matter the difficulty. She was also known in Tucson as a Bush-Wacker because she went places no sane person would travel or hike sometimes coming home all bruised up. Mi-yong is proceeded in death by her mother, Bok-soo Lee, her father (unknown), and her sister, Mi-ran. She is survived by her husband, William Gilman; her daughter, Mi-na; and two grandchildren, Monica and Vanessa. She is also survived by her sisters: Mi-ja, Yong-suk, Yong-son, Yong-ae, Yong-ran; and her three brothers: Hyo-jin, Sok-jin, and Seung-jin, along with several nieces and nephews. The family requests no flowers but asks you make a donation in Mi-yong’s name to: Our Lady of Fatima Parish 1950 W Irvington Place Tucson, AZ 85746
VER MÁS VER MENOS